After nearly two years of delays, the Iowa Tribe of Oklahoma secured a gaming license from the Isle of Man, and soon will be the first Native American nation to offer real money poker to players in foreign countries, from its sovereign land within the United States. 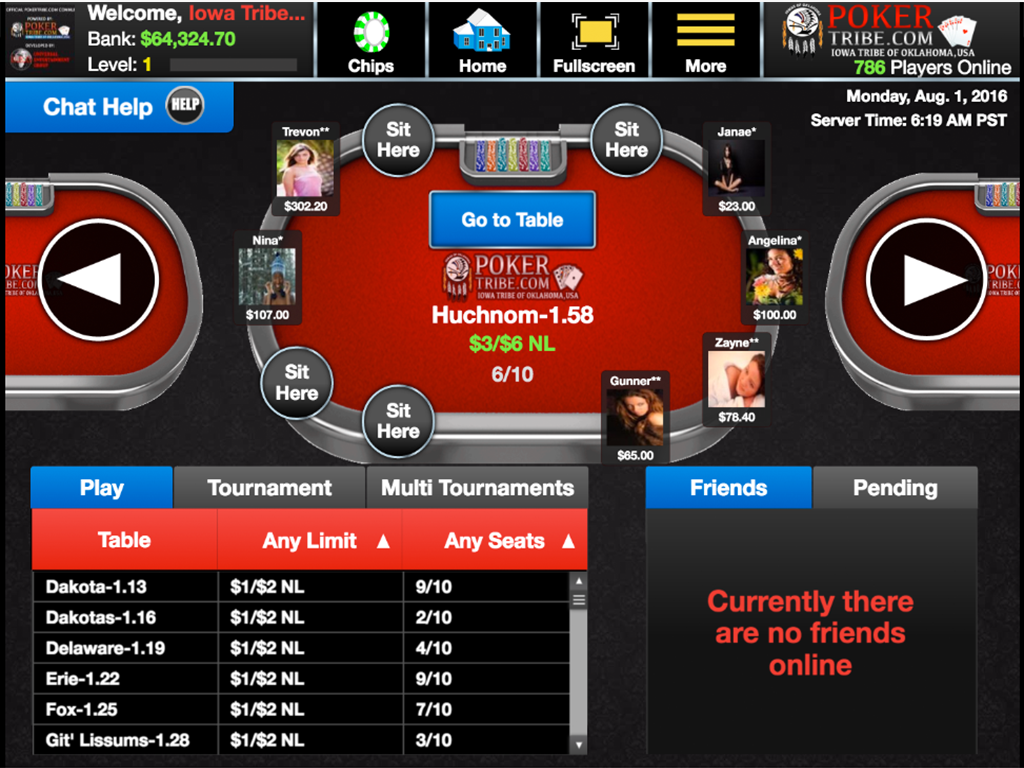 The Iowa Tribe of Oklahoma recently received a gaming license from the Isle of Man that it says will allow it to begin offering real money online poker via PokerTribe.com later this fall. (Image: Google Play)

The Iowa tribe announced last week their intention to partner with the Universal Entertainment Group to begin offering online poker on the domain PokerTribe.com.

The Isle of Man Gambling Supervision Commission granted the tribe a license on Sept. 7. Iowa tribe Chairman Bobby Walkup did not provide details on games they plan on offering, but previously had expressed an interest in including bingo, blackjack, pull-tab tickets, slots, and baccarat.

PokerTribe.com currently has free play available, and promises real money play is coming soon. Walkup said the real money launch would be sometime in the fall.

“The process has taken longer than we may have envisioned when we began this journey, but, because we are a Native American tribe and held to higher gaming legal and regulatory standards, we had to ensure that we met all these standards,” Walkup said.

The Iowa tribe owns two brick-and-mortar casinos in Oklahoma, Ioway and Cimarron. They had floated the idea in 2015 of using their sovereign-nation status to offer a product and service to people in other destinations where playing such games are not prohibited. The state of Oklahoma objected, but in November 2015 arbitrator ruled in the Iowa’s favor.

The Iowa tribe is not the first to partner with the Miami-based Universal Entertainment Group in an attempt to break ground on a virtual poker room offering real-money gaming on a reservation to people off of it.

The Cheyenne and Arapaho tribes, also in Oklahoma, partnered with Universal Entertainment Group in 2012 to launch PokerTribes.com (notice the extra “s” at the end), a site for which they spent millions but currently has been abandoned. The US Department of Interior attempted to block that effort, which resulted in the tribes appealing. But in 2014 the Cheyenne and Arapaho dropped their legal challenge after a change in tribal leadership concluded that Universal had sold them a bill of goods.

“A lot of money was paid and nothing was ever received,” Reggie Wassana, speaker of the tribal legislature, told OKNews.com. “Nothing became of it. It was $9.4 million for a website basically — there was no realization of profits and no actual working internet gaming.”

Fred Khalilian, an entrepreneur known as “Prince Fred” who acts as a key consultant to Universal, has had questionable business dealings in the past. In July, the Federal Trade Commission fined him $4.2 million for his role in a telemarketing scam. The FTC also banned him from participating in any form of telemarketing in the future.

Khalilian also owned a nightclub in 2004 with Paris Hilton in Orlando, Florida. Hilton was supposed to make appearances, which she failed to do, and the venue closed three years later.

“The transactions were marked by deceit, greed and utter disregard for the laws and economic well-being of the tribes,” the lawsuit claims.

That lawsuit came almost immediately after the Iowa tribe announced its new partnerships and gaming license for the PokerTribe.com venture.

“While we are excited about receiving the license,” Walkup said, “but we really do not have time to celebrate. Our attention has now turned to going live with PokerTribe.com.”

Walkup also said to expect an announcement from the tribe and Isle of Man regulators within the next ten days about the hiring of a general manager who has extensive experience in international online gaming to oversee the launch.