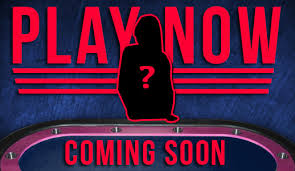 The pokertribe website, which currently displays the promise that it is “coming soon.” (Image: pokertribe.com)

A small Oklahoma tribe could be about to become the only operator offering online poker to the international market from within the United States, thanks to a federal court ruling last week.

The Iowa Tribe of Oklahoma, which has just 800 registered members, wants to launch its own poker site, pokertribe.com, with servers based on tribal lands catering to countries where online poker is legal, and possibly including the US regulated markets.

Last November, the State of Oklahoma accepted the ruling of an arbiter that the tribe’s plans do not contravene federal or state law and are in accordance with the Oklahoma Tribal-State Gaming Compact.

In January, the tribe asked the federal courts for certification of the arbitration, which was duly delivered Friday by the US District Court for the Western District of Oklahoma. The ruling opens the door for all tribes within the state to follow the Iowas’ lead.

Isaias Almira, manager of Universal Entertainment Group, which will supply the software platform for pokertribe.com, told NewsOK in January that as well as the international market pokertribe.com will be available to US players in states that have legalized online gambling, including New Jersey and Nevada, and will also be offered on some cruise ships and airline flights.

“If the judge agrees to the thing, it could be launched within a matter of weeks. I and our entire team have been working on this for many years,” Almira said, although we should note, it would take far more than a couple of weeks to be approved for licensing in these markets.

UEA describes itself on its website as “a dedicated digital agency geared to producing the industry’s most technologically advanced and up-to-date programs for the ever growing digital market.” But its online gambling platform has never been tested in any market, and meanwhile its website looks dated, is full of grammatical errors, and appears not to have been updated with content in at least two years.

In 2014 UEA had a deal with another tribal operator in the state, the Cheyenne and Arapaho Tribes of Oklahoma, to launch a very similar site, pokertribes.com (the URL is the same, apart from the plural “tribes.”)

This deal fell through after the project met with resistance from the US Interior Department. The Cheyenne and Arapaho tribes spent over $9 million in legal challenges, before abandoning the project when new tribal leadership apparently fell out with UEA.

UEA may prove to be a very competent partner, of course, but if pokertribe.com gets off the ground it would remain a tiny player struggling for liquidity in an international market where even the big players are battling headwinds of increasing regulation and taxation. Nevertheless, we wish it all the luck in the world.