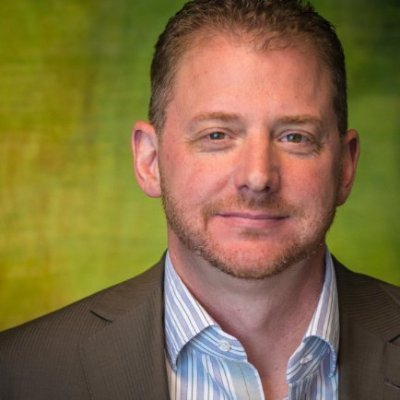 Iovation CEO Greg Pierson was previously a co-founder of the scandal-laced UltimateBet. Iovation is now seeking licensing by the Nevada Gaming Commission to provide geo-location services in the Silver State. (Image: linkedin.com)

Iovation, a company inextricably linked with the UltimateBet super-user cheating scandal, has been recommended for a gaming license by the Nevada Gaming Commission (NGC), according to an agenda item on the NGC’s calendar.

Iovation is, ironically, now a fraud prevention company, and one that is currently seeking to provide geolocation services to Nevada’s online gaming industry.

But once upon a time, it was also the software provider and risk-management company for UltimateBet.com, and its founder and current CEO, Greg Pierson, was a co-founder of the disgraced online poker site.

As its software provider, Iovation seemingly created the so-called “God Mode” on the UltimateBet system, allowing for super-user accounts that bilked online poker players out of multiple millions of dollars until the cheating scandal was uncovered in 2008.

In tapes recorded soon after the scandal broke, a voice believed to be Pierson’s is heard discussing how the full extent of the scam could be covered up so that the company could pay back as little money as possible.

Former WSOP champion Russ Hamilton, who was named by the Kahnawake Gaming Commission as the main perpetrator of the fraud (although he remains unprosecuted) is heard on the tape to tell those present that “I did take this money and I’m not trying to make it right, so let’s get that out of the way.”

The tapes were leaked in 2013 by Hamilton’s former assistant Travis Makar. At the time, Iovation had struck a deal to provide its anti-fraud measures to new online site UltimatePoker (no relation to UltimateBet) in the newly regulated Nevada online poker market.

Makar told Flushdraw.net’s Haley Hintze that he had released the tapes as a direct response to hearing of Iovation’s involvement in the market.

“Since Black Friday, I don’t feel the need to hold back for fear of being sued or threatened,” he said.

UltimatePoker, which on April 30, 2013, dealt the first-ever hand of legal online poker in the United States, was anxious to reassure Americans and restore trust following the damage done to the reputation of online poker by Black Friday.

On learning of Iovation’s past, the company immediately severed ties with the software maker.

“As of late Thursday night, May 9th, Ultimate Poker discontinued the use of all services from Iovation,” said UltimatePoker back then. “We understand that there were concerns among some of our customers, we hope this makes our players feel more comfortable.”

But now, Iovation is once again looking to offer its services to the Nevada online poker market. The Nevada Gaming Commission is due to meet on Thursday, February 17th to make a final decision.

Iovation’s recommendation comes despite the fact that companies that offered unlicensed online gaming to Americans post-UIGEA are excluded from licensing by law.

Even PokerStars’ New Jersey gaming license came with the caveat that any remaining “bad actor” era executives be sent packing, and with Pierson at the helm of Iovation, that makes licensing seem like an impossible dream.

Yet dreams do come true, and word is that this one has a good shot at being realized.

wish we could have gotten this story before the day the NGC met to decide. I would have
loved to join a campaign to keep his filthy butt out. will still look around to see if I can
find and join one looking to get or keep him out. I still don’t understand how he and hamilton
and others weren’t prosecuted 🙁 sic