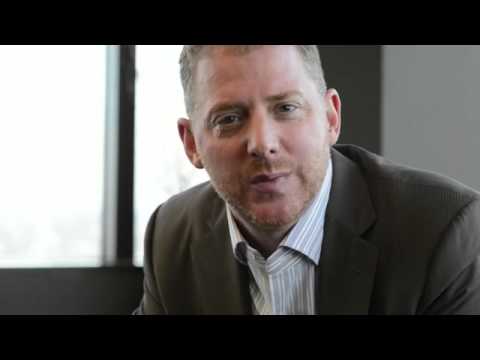 Iovation CEO Greg Pierson, who believes he has been exonerated by the Nevada Gaming Commission. Did they listen to his tape? (Image: youtube.com)

That’s because his company, Iovation, has been granted a gaming license by the Nevada Gaming Commission (NGC).

The commission voted unanimously on Thursday to okay the Iovation application for a Class 2 license, which will allow the company to offer its cyber security, anti-fraud measures, and geolocation services to the state’s online gaming market.

The approval might seem surprising to some, considering the fact that Iovation was the company that created the software for disgraced online poker site UltimateBet. Into that software, Iovation also built the so-called “God Mode,” that allowed figures within UlimateBet to cheat the online poker community of multiple millions of dollars by allowing them to see their opponents’ hole cards.

Iovation CEO Greg Pierson was a co-founder of UltimateBet and was its CEO at the time the scandal erupted in 2008, a scandal that did untold damage to the reputation of online poker.

According to an interview with Pierson by Gaming Intelligence following the license approval, the regulator spent over a year looking into claims on the Internet of Pierson’s culpability in the cheating. The NGC combed through “every share that has been traded and every dollar that has been spent” by Pierson and his companies, according to the GI interview, as well as phone records going back over a decade.

Pierson said that Iovation applied for a license almost two years ago, and has spent over half a million dollars trying to secure one. The company’s application was initially turned down last year.

But Pierson believes he’s now been vindicated by the findings of the Gaming Commission, which, says Gaming Intelligence, “disprove most of the claims, or at the very least prove that there was no evidence of wrongdoing.” The NGC has yet to publish its investigative findings.

“My company wrote some software and that software was used to rob players,” said Pierson. “I wish that had not happened. I have had to talk about this nightmare so often that I have become kind of numb to it but hopefully it is now over.”

While there may be “conspiracy theorists” on the Internet who believe that Pierson himself was among the actual cheaters, there is no solid evidence to prove that.

What there is evidence of, on tape, is of Pierson discussing the fraud, in 2008, in full damage control mode, with its main perpetrator and fellow major UB shareholder, Russ Hamilton, among others. Then Pierson also discussed strategies that would allow his company to pay back as little as possible to the defrauded players on the recording.

Also on the tape from that meeting was how the players’ investigations had only so far gone back to 2005, and that not all of the cheating accounts had been uncovered, offering hope that it could save the CEO some money. The idea of blaming the crime on a low-level rogue employee, so that UB management itself might come out unscathed, was also a hot topic on the recorded agenda.

Pierson currently claims to be a cyber security guru, yet, at the very least, allowed one of the biggest frauds ever perpetrated in online gaming to occur right his nose, using software he created.

GI announces it will publish an extensive interview next week with Pierson on the UB scandal. It seems the gaming site has traded him a cushy interview this week for a harder grilling to come.

At least we hope so. Because much remains unanswered.

These are scary times, I want to believe the NGCB knows what it is doing here and has not purposely failed for personal reasons, hidden or loop-holed evidence, or what not.

This whole country is corrupt. WTF does a license or regulation even mean?

Agreed….whether this guy had any part in the UB scandal or not, the NGC should not have even considered him because he MIGHT be guilty. The fact that the commission approved him makes me suspicous that the NGC itself could be corrupt.

Do you still believe that Cam Newton didn’t throw the game (the super bowl)? Think again, it’s possible….since we know the entire nation is corrupt, how does that exempt Cam Newton from being corrupt? Why didn’t Cam Newton dive on the loose ball?????? Because he was throwing the game, that’s why (maybe).