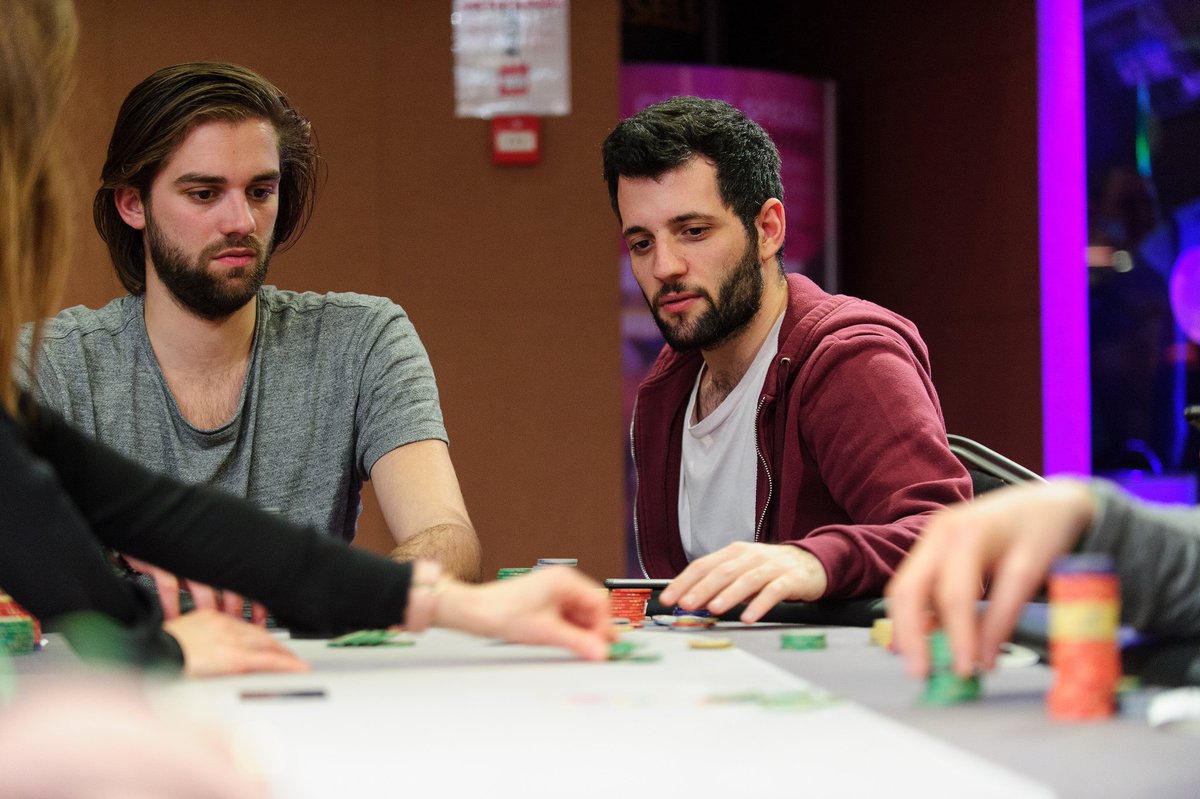 Taking place inside Nottingham’s Dusk Till Dawn card room, the £5,300/$6,900 tournament was part of a week-long festival featuring a guaranteed prizepool of £8.5 million/$11 million.

With the main event boasting the largest of the event’s five prizepools, players anted-up on mass ahead of Day 1A on October 1.

Greek Gets It in Nottingham

Eventually, however, only one player would stand victorious and that was Angelou-Konstas. After making his way past 1,000+ runners, the Greek player found himself at a tough final table on October 7.

Among those vying for the lion’s share of the $6.4 million prizepool were 2013 WSOP Main Event winner Ryan Riess, UK pros Sam Grafton and Ryan Hall as well as APPT and WPT winner Alex Foxen. Despite the apparent skill disparity, the two-time WPTDeepStacks winner had the chip advantage at the start of play and used it to good effect.

By the time only Hall stood in his way, the Greek grinder had eliminated five of his eight opponents and held almost 90% of the chips in play. That stack gave him the confidence to reject a deal before the final showdown commended

However, that air of invincibility was dented almost immediately after the break thanks to Foxen’s successful coup with pocket sixes. With his opponent doubling up and a hint of doubt creeping in, talks of a deal restarted and this time Angelou-Konstas agreed to take $1,095,380 and leave just over $130,000 on the table.

Any feelings of uncertainty were soon replaced with joy as the match was over just a few hands later. Finding Q♣J♥ in the big blind, Angelou-Konstas took a passive line, check-calling his way to the river before making a move.

With the board showing K♦A♦4♣3♥10♠, Angelou-Konstas shoved all-in over the top of Foxen’s 46-million-chip bet. Leaning back in his seat, the American pro looked down at pocket eights before deciding he was pot committed enough to make the call.

When Angelou-Konstas revealed his winning straight, a beaten Foxen offered a congratulatory handshake before exiting stage left. Speaking to Pokernews after the biggest win of his career, the new Partypoker Live Millions champion admitted he was nervous but glad everything went his way.

“I am in shock, I literally am in shock I think. I tried to keep cool because I knew, even though I was first in the chip counts, that doesn’t mean you’ll win. So, you have to play your best. And I did, and I got lucky,” Angelou-Konstas told Pokernews after his win.

So good news that the winner is from Greece. We need some greek players to make it, to be able to finally build a solid and stronger poker community and all here in Greece.