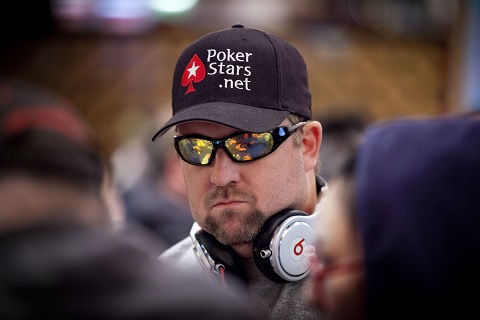 Chris Moneymaker has already become something of a poker legend. Now he’ll also be part of an honor that is aimed at righting the perceived wrong that online poker players don’t always get their iconic due.

As each year passes, the community’s reaction to Poker Hall of Fame nominees seems to grow increasingly hostile.

And although few would argue that Jennifer Harman and John Juanda didn’t deserve to be inducted this year, there was a definite sense of frustration when the list of candidates was announced.

One of the main issues the community had with this year’s list of nominees was the lack of recognition for online players and figureheads.

While many of the world’s best players enjoy hiding behind a veil of pseudo-anonymity, their profiles are known to the masses and many believe that the top grinders should get the recognition they deserve.

One of the most vocal opponents of this year’s list was long-time pro and sometime poker site employee Terrence Chan. With a unique insight into the poker industry having been on both sides of the felt, Chan has a greater perspective than most on who the movers and shakers are.

Wanting to make his opinion heard, Chan spoke to the media in August to say that he believes the exclusion of PokerStars’ founder Isai Scheinberg from the Poker Hall of Fame was wrong.

“His [Scheinberg] contribution to the game of poker is arguably bigger than that of everyone in the PHOF [combined], and there can be no legitimacy for the PHOF until he is included,” Chan told PokerListings.

Not wanting to stop at venting his frustration online, Chan decided to seize the initiative and, with the help of fellow 2 + 2 Pokercaster Adam Schwartz, he set up the Internet Poker Wall of Fame (IPWOF).

Despite the IPWOF lacking the fancy dinner and media spotlight the current HOF enjoys, the initiative has gained a lot of momentum over the last few months and since its inception, a total of six people have been inducted.

Decided on by Chan and Schwartz, Chris Moorman, Isai Scheinberg, Prahlad Friedman, Dominik Kofert, Randy Blumer, and Jim Moran Jar have all earned a place in the IPWOF.

Not wanting to lose momentum or exclude any worthy runners from the list, the decision makers have just announced the latest inductees: Chris Moneymaker and Pat Isaac.

For most, the name Moneymaker has become synonymous with online poker. In fact, according to some people, were it not for Moneymaker and his historic WSOP Main Event win, online poker wouldn’t be where it was today.

If Moneymaker was an obvious choice for Chan and Schwartz, Isaac may have been a little tougher. For many players the name Pat Isaac won’t mean much; however, when his creation, PokerTracker, is mentioned, it becomes clear why he’s been inducted.

Although he’s now sold his stake in the company, Isaac’s product almost singlehandedly helped raise the standard of the average online poker player as it allowed them to review stats and players in a new way.

Giving users access to a wealth of information, PokerTracker has helped transform the online game and, for that reason alone, Chan and Schwartz were compelled to put him alongside Moneymaker as the latest IPWOF inductees.