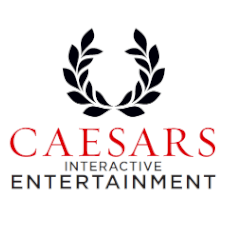 The launch of regulated online gaming in the United States has proved to be a wise investment for many  casino entities. Land-based casinos that have gotten on board early on offering website services to players have seen profits opened up, thanks to this entirely new stream of revenue. These previously untapped markets are a boon to any company wanting to get a market edge. For Caesars Interactive Entertainment (CIE), the online gaming launch is rapidly putting the  Caesars Growth Partners LLC subsidiary closer to the top of the online food chain.

Revenue on the Rise

CIE owed part of their record-breaking 2013 revenue to the entrance of the online gaming market and a partnership with 888. The company faced stiff competition from other recognizable brands as the battle for online dominance began. WSOP.com has had to face off with both the established Station Casinos-owned Ultimate Gaming and the recognizable New Jersey presence of Borgata.

“2013 was a significant year for CIE,” said CFO of Caesars Acquisition Company Craig Abrahams on a conference call with shareholders. “We demonstrated solid economic results in the current year while simultaneously investing and positioning our business for future growth in social, mobile and real money online gaming.”

Climbing to the Top

The efforts of Caesars to market WSOP.com and bank off its brand recognition have paid off in many respects. The site has now become the market leader in Nevada. In doing so, it overtook Ultimate Poker which has the recognition of being the United States’ first regulated online poker site.

Yet Ultimate might give Caesars a run for their money in the near future. The site recently signed a deal with the Peppermill Casino in Reno along with other Northern Nevada casinos. With Ultimate already established in Southern Nevada and staking their claim up north, Caesars will have to push to maintain their status as market leader in the territory.

According to Abrahams, though, the momentum isn’t stopping: “We expect the impact of marketing costs and expenses related to the ramp up of operations to continue this year as we work to attract new customers, invest in operational infrastructure and create greater awareness in both Nevada and New Jersey.”

In January, Caesars, 888 and WSOP.com hit New Jersey in a big way. They beat out the partypoker and Borgata threats to become leaders in a highly competitive market. Revenue rose nearly 20 percent from December with Caesars/888, shooting up a whopping 42 percent.

Borgata and partypoker came out on top in New Jersey, but just barely. Only $98,000 and three percentage points of revenue separated Caesars from being tied as market leader. While Borgata/partypoker captured 60 percent of the revenue during the first full month in December, Caesars more than proved they were worthy competition. Ultimate Poker managed to post a six percent increase in their online poker revenues in February.

Regardless of who came away with the most market share, the numbers were slightly off from January when examining February. Total poker revenue was $3.1 million as opposed to January’s $3.44 million. Overall online gaming revenue was at $10.3 million, an 8.9 percent increase from January. The total number of new online gaming accounts was also on the rise by 25.5 percent. Overall, 248,241 accounts have been created since the New Jersey soft launch in November of 2013.