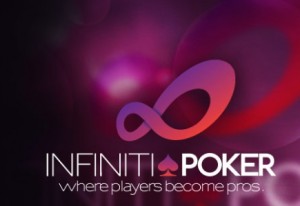 Ironing out all the kinks is an essential element if a site hopes to launch a successful poker room. The soft launch period is crucial and was seen across New Jersey and other states as they began their forays into regulated online gaming. Yet despite a site’s best efforts, it doesn’t always work out. And after a very rocky start, it looks like Infiniti Poker’s soft launch is coming to an unexpected halt.

Infiniti Poker’s software client has been inaccessible for a period of over ten days and it also appears as if their main site is offline as well. In addition, any attempts made by players to deposit or withdraw funds from their accounts have been unsuccessful. While Infiniti Poker went offline for three days due to difficulties performing withdrawals, the site made a brief return before shutting down again.

Players trying to ascertain just what happened to Infiniti have also hit a brick wall. Social Media Director Edwardo “JCMSwag” Jackson addressed the issue by saying, “I have no problem delivering bad news. However, I have a problem delivering no news. Because of the extensive difficulties we’ve had with our bank, we’re in the process of switching banks… The second I hear of any concrete development that leads directly to you all getting your money, I will be more than happy to update this forum.”

That post was made on February 17 and Jackson has said nothing since. CEO Michael Hajduk has also given no comment about the situation. Twitter accounts for Jackson, Hajduk and Infiniti Poker have been silent since the issue began.

As distressing as they are, this has not been the first of Infiniti Poker’s issues. Since 2012 the poker room has had trouble launching after experiencing a series of delays. Based out of Calgary, Canada, Infiniti offered real money poker, accepted deposits in the form of Bitcoin and U.S. currency, and allowed players to use Bitcoin as a withdrawal method. During the soft launch period, which began in December, the “Infinivision” tables were enabled at play-money tables. These tables allowed players to connect with their webcams, providing a visual experience that might be expected at a home game or land-based casino.

Gavin Smith was even signed on as Infiniti’s first Team Pro Captain. The World Poker Tour’s “Player of the Year” of 2005 and WSOP bracelet winner in 2010 was meant to help garner some credibility for the fledgling site. But in January, not long after the soft launch, the Canadian Pro parted with Infiniti.

Bitcoin usage was a major bullet point for Infiniti during their inception and after launch. The virtual currency has seen a rapid growth and its acceptance at online poker rooms is becoming more commonplace. Considering the amount of mainstream attention Bitcoin has attracted, it seemed like a wise move for Infiniti to use it as a major form of depositing and withdrawing.

The reliance on Bitcoin might come at a price for Infiniti. A recent alleged hack of 744,408 Bitcoins – nearly $350 million based on the exchange rate at the time of the hack – has shocked all who use the currency, along with a major exchange shut down last week which caused the cryptocurrency to plummet. Whether the hack has had any effect on Infiniti Poker remains to be seen. Until then, players remain in the dark about the future of their funds.

What a bummer. Makes one wonder how secure On Line poker will be once it is legalized.

This stuns the On line Poke World who has been waiting and hoping that the New Jersey and other States would start up legalized and regulated On Line Poker.

it Looks like very hard for all poker Players to understand who to trust ? before many sites ve gone this way and Players Money was struck or gone down with the sites for years with no results.

How can we trust any sites now ? any site Claims to be legitimate and huge wth big pro backing can go this way , Then what we can do ? we neither can fight courtroom battles with them cos they are huge and loaded , not we can get our heard earned Money back .

This makes me wonder somtimes , may be land based Casinos are the best bet, cos at least if we win there we can get the Money straightway . it s cash vs cash instad of cash vs online uncertainty