Indian chess grandmaster Viswanathan Anand has been drafted by the Poker Sports League (PSL) in an effort to promote the skill side of the game in India. 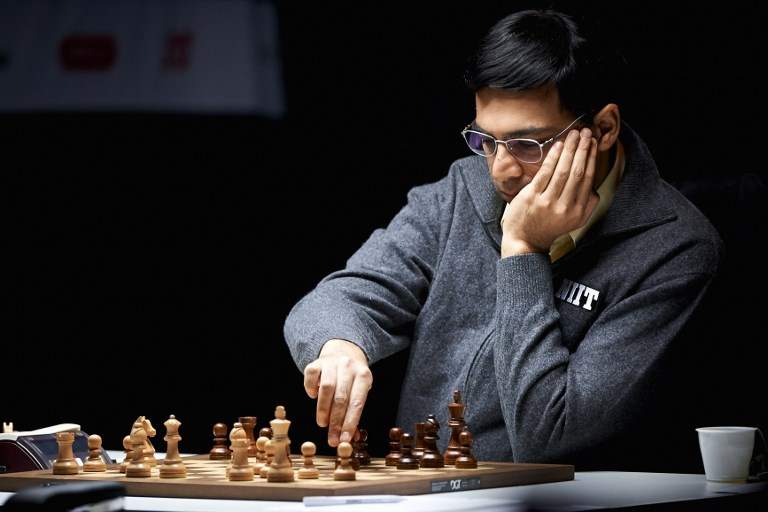 One of greatest chess players of all time, Viswanathan Anand, has partnered with PSL to promote skill in poker. (Image: newindianexpress.com/AFP)

While Anand is away from home competing in the London Chess Classic, details of partnership were announced by PSL. As much of a political move as a business decision, the alliance will see the famous chess champion use his profile to alter the consensus among some that poker is a game of chance alone.

Commenting on the deal, Anand said that he has played chess at the highest level and can see the parallels to poker. He noted that he’s now a fan of playing poker himself.

“I have played chess all my life and when I was introduced to poker, I could instantly draw the parallels, which made me connect better with the game,” Anand said in a November 7th press release.

For PSL, the partnership will have direct and indirect benefits. In the first instance, Anand is considered one of the greatest chess players of all time and his reputation will bring some welcome publicity to the tournament organization.

On a general level, the affiliation with someone known for being highly educated and well-versed in games of logic will help poker in India as a whole. On December 4, Justice Rajesh H. Shukla of the Gujarat High Court ruled against a plea to have poker removed from the state’s gambling act.

Under the terms of the Gujarat Prevention of Gambling Act (1987), poker is outlawed for real money contests and that’s resulted in police raids on clubs across the state. In a bid to carve out an exemption for poker, the Indian Poker Association (IPA) led a case that argued poker was a game of skill.

After numerous hearings, one of which included expert testimony from two professional poker players, Justice Shukla eventually ruled against the motion. On top of Gujarat’s push back against the rise of poker in India, the state of Telangana passed an amendment bill that now makes it illegal bet on games, including poker, online.

In contrast to Gujarat and Telangana, the Indian state of Nagaland is in favor of regulated poker. In April 2016, Governor PB Acharya signed a bill that legalized the game within the state. The move has since led to host of poker sites going live, including Ada52, which was founded by the same pair behind the PSL.

By enlisting the services of Anand, PSL founders Amit Burman and Anuj Gupta are hoping to boost their business by countering negative rulings against poker. If Anand can successfully convince the general public, politicians and lawmakers that poker is a game of skill, it will not only benefit PSL , but the Indian poker population as a whole.

“By enlisting the services of Anand, PSL founders Amit Burman and Anuj Gupta are hoping to boost their business by countering negative rulings against poker. If Anand can successfully convince the general public, politicians and lawmakers that poker is a game of skill, it will not only benefit PSL , but the Indian poker population as a whole.”

This is a big chance they are taking …. what if Anand cannot prove that poker is a skill ? What happens when he loses and it is from a bad run of cards, or he miscalculates on the strength of his hand , or a lot of what if’s that can happen when playing poker ?

IF he cannot do well with his knowledge and skills , will they ban poker in India ? Hardly seems fair !

Anand is one of the best chess players ever! He´s gonna be well succed in poker.