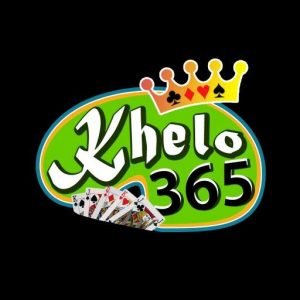 The small Indian state of Nagaland has issued its first two online poker licenses, having legalized online games of skill in April.

Khelo365.com and ClubEmpire.in can now offer online poker internationally under the new licensing regime and are the first legally licensed online gambling companies in India.

The new licensees are also able to advertise to, and engage with, any Indian states where skill-gaming is permitted.

Gambling regulations in India differ wildly from state to state, although they are generally very restrictive.

But poker is viewed differently from other gambling games, thanks, perhaps, to the widespread acceptance of rummy.

Rummy is a natural pastime in the country, and a 2015 clarification on the legality of playing the game for money by the Indian Supreme Court, the highest in the land, paved the way for Nagaland to push ahead with its plans for licensing.

The case had been brought by a rummy club, the Mahalakshmi Cultural Association, which had been harassed by police. It was backed in its legal dispute by a handful of online rummy sites that sought legal clarification for their operations.

An unfavorable ruling in the Madras High Court was appealed, and the Supreme Court overturned the ruling, declaring:

“The remarks of the division bench of the Madras High Court, that playing rummy for stakes amounts to the offence of gambling, have no precedential value and would not apply to either online or offline rummy.

“The order therefore strengthens the proposition that online and offline rummy  for stakes or profit is not illegal (in fact, orders of the Karnataka and Andhra Pradesh High Courts seems to suggest that playing rummy for real money is completely legal).”

Primed for a Poker Boom?

“We are happy that the Nagaland government has finally issued the license to regulate online skill games,” said Vinod Manoharan, Managing Director for K365. “We are proud to be the first company to have procured the license and to have submitted all our documents to a regulatory authority. The license issued by the Nagaland government will end the debate on the legality of online poker once and for all and will enable this industry to boom.”

Is India ripe for a poker boom? There’s no denying that poker is growing in popularity in the country, which has a population of 1.25 billion.

Amaya is looking to launch a designated PokerStars platform in the country in Q1 of 2017 and said at its last earnings call that it believes the online poker market will be worth somewhere between $80 million and $150 million a year.

Personal computer and smartphone penetration is still comparatively low, however, and the populace has a lower spend per capita.

An Indian poker boom, if there is one in the offing, may be a good five years to ten years away.