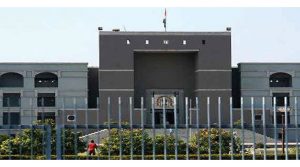 The Indian Poker Association (IPA) is fighting for the rights of players in India by lobbying the Gujarat high court to stop local police officers from breaking up games.

Following a recent incident that saw officers in Gujarat storm an organized poker game at a local YMCA, the IPA has called on the high court to classify poker as a “skill” game.

Writing to the legal body, the association explained that poker isn’t a form of gambling and, subsequently, shouldn’t be subjected to the same treatment as activities such as blackjack.

“Since poker is not gambling, it is not under the ambit of the Gujarat Prevention of Gambling Act, 1987. The expression ‘Poker’ does not form part of ‘gaming or gambling,” read the petition.

Can Court Sort things Out?

But, as the IPA has stated, poker isn’t gambling and the high court should, therefore, rule the actions of the police both illegal and arbitrary.

India has long been touted as one of the “next big markets” for poker, but ambiguous laws and political red tape have, so far, hampered its progress. In fact, this latest incident is one that reflects the differing views of poker around the world.

Unlike players in the UK, Australia or most parts of Europe, people in India and China often find themselves in the middle of a police raid.

Indeed, an unexpected police raid on a PokerStars’ tournament in China back in 2015 caused the event to be shutdown mid-flow

Clarity is Crucial in Emerging Markets

These sorts of incidents are not only frustrating for players, casinos and online operators, but one of the best reasons for regulating the game.

Unclear laws, unlicensed venues and a general uncertainty about what’s allowed and what isn’t make the poker economy extremely messy. Not only that, but players are often left wondering whether or not they are in the wrong for anteing up.

Whether or not the IPA can affect some sort of positive change in the Gujarat region remains to be scene.

However, if India is to become the next big poker superpower, then it will need to iron out these sorts of problems and agree on the legality of the game one way or another.