Further evidence that Asia is in the midst of a poker boom came courtesy of the first ever Red Dragon event in Manila. 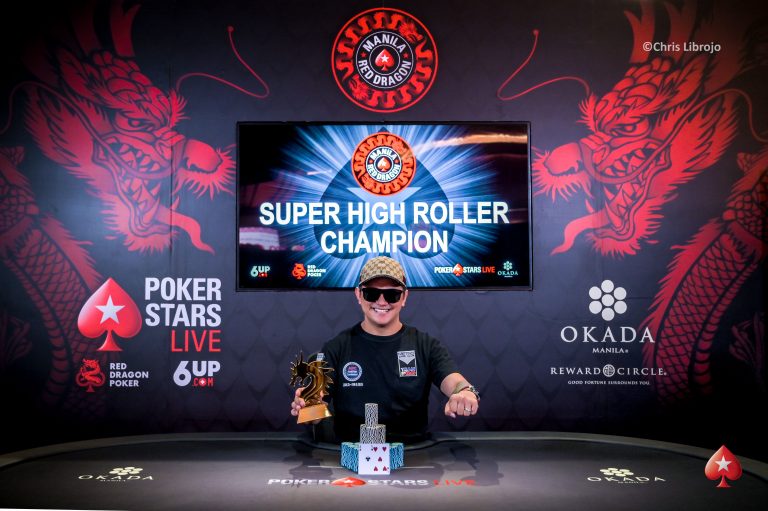 Although it’s not the first live poker event to take place in the Philippines, it is the first time a Red Dragon event has been hosted in Manila.

With the action starting January 4, players have already anted up at the Okada Manila casino resort. Leading from the front was the ₱500,000/$9,777 super high-roller event.

While such a buy-in may be considered par for the course in other parts of the world, it’s ambitious given the relative status of poker in Asia. As an emerging region where regulation is patchy and the average household income is lower than the West, paying to play poker is a luxury.

Asia is home to some of the richest players and games in the world, but at the grassroots level, many aspiring players earn less than their counterparts in countries such as the US.

Still, poker is enjoying an upswing in the region thanks to rise of local online brands like IDNPoker and the GGNetwork, as well as offline operators such as Triton.

Sensing the time is right to strike, PokerStars’ gambled on starting its first-ever Red Dragon Manila with a high roller. Although it may not have attracted enough interest to rewrite the history books, 30 entries were collected.

Commenting on his victory, Edoc said it was one of the best final tables he’d ever been a part of. For the Asian poker scene, it was certainly a win. Finishing second to Edoc was fellow local, Florencio Campomanes. Players from Vietnam and China rounded out the top five.

As poker in Asia evolves, local events such as Red Dragon Manila will help generate more interest. With live satellites costing less than $100, and a main event buy-in of just $2,150, the festival is accessible to the masses.

For PokerStars, and the industry as a whole, that’s important. As interest increases and regulatory change sweeps across the region, Asia is like a sleeping giant that’s slowly awaking from its slumber.

There may be no way to know when the region will fully hit its stride and become a major poker economy, but with 213 players joining Day 1A of the Red Dragon Manila Main Event, things appear to moving in a positive direction.