Angelica Hael has heard enough talk about making the world of poker a more hospitable place for women. Now she’s taking action, and invites others to join her at the inaugural Women’s Poker Summit. 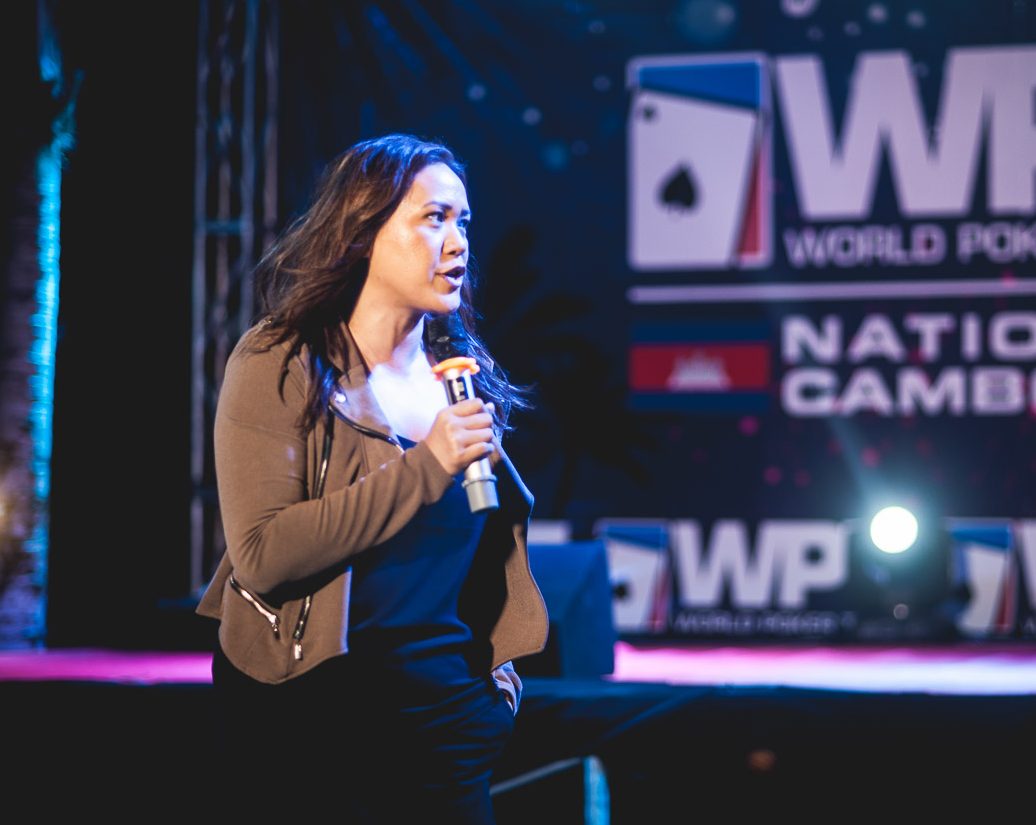 World Poker Tour VP Angelica Hael, seen here at the launch of WPT National Cambodia, is on a mission to make the poker world a more welcoming place for women players. (Image: Flickr/WPT)

The World Poker Tour’s Vice President of Global Tour Management is spearheading a new initiative to bring more women to the game. The Women’s Poker Summit will be held in conjunction with the WPT Los Angeles Event on Sunday, Aug. 26, at the Bicycle Hotel & Casino.

It will be a chance for women — and men — to gather in an informal setting and lay out new ideas and a fresh plan of attack make poker a more attractive place for females, who represent a disproportionate minority in poker. Women players made up just four percent of the fields at this year’s World Series of Poker.

There’s no question poker is a male-dominated arena, and Hael, a 2018 nominee for the Women in Poker Hall of Fame, wants to change that.

“We will be looking to identify areas of improvement for how we can both attract more women to the beautiful game of poker and keep them playing for years and years to come,” Hael said in a statement.

Hael insists that it’s crucial to have men involved in the summit. She points out that their input is central to any potential long term change. After all, men make up half the world’s population and the vast majority of the poker-playing populace.

The summit will feature members of the poker media, casino partners, and executives from industries outside of poker. One will be WPT Executive Tour Director Matt Savage. His is a highly respected voice, and his views are sure to carry some weight.

Leaving the Locker Room Behind

In a recent blog post, Savage expressed regret over not doing more to encourage female players during his time as tournament director for the WSOP.

“I should have pushed harder to have more ladies tournaments in the venues that I’ve worked at over the years,” Savage said, “and I vow to push harder going forward.”

Savage says he’s seen dozens of incidents that border on bullying and abuse at the poker table. He adamant that if they’re going to make the game more attractive to women in the long run, the locker room mentality that he’s witnessed over the years has to go.

That type of toxic environment that was laid out in great detail in the book “Black Widow Poker.” In it, a female poker player disguises herself as a man and documents the differences in how men acted towards her.

Her experience was that she was not only treated with more respect when people thought she was a man, but she insists that people played a different poker game against her as well.

Unfortunately, they are stories that most poker-playing women can relate to all too well, and it’s something the upcoming summit is optimistic it can address.

This inequality at the poker table isn’t new or unique to poker. What may be somewhat unique, for example, is the level of mean spirited behavior or downright anger when a good sized pot is lost to a woman-particularly by a guy who has little respect for women in general and particularly when alcohol is involved. The me too movement has shown a light on the sexual side of this behavior, however, as a woman -who worked in typical “male” driven business for a long time, the struggle for equality in pay, benefits and promotion was daily and grueling. As evident by the median annual pay for full time yearly women workers in 2018- as percentage- is at 78%.

I would like to see more women playing poker in my day to day .. suddenly cause an effect on me, magically I become a nice person and good vibes lol .. honestly my mood improves a lot when i see a woman sitting at the table.