Illegal HUD Use by Nevada Player Alleged at WSOP.com Site 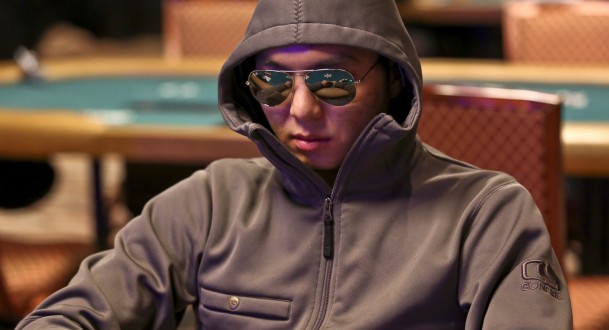 Accused of illegal HUD use: Tommy Chen, who plays at WSOP.com under the name BTCBLADE, was allegedly spotted by a fellow player using one while on his Twitch stream. (Image: cardplayer.com)

Heads Up Displays (HUDs) have been a popular tool for many experienced online poker players.

So much so that some major Internet sites started banning them in recent years, claiming the info gleaned from them was scaring off recreational players, who they say are the bread-and-butter of the game.

When Nevada regulators legalized online poker in the Silver State, one of the stipulations was that no HUDs could be used by players, as it gave them too much of an unfair edge. But now Tommy Chen, who plays on the only working site WSOP.com in Nevada as “BTCBLADE,” has been accused by a fellow player of using an HUD at the site, in contravention of the state’s online gaming regulations.

Chen, a successful live and online player, was outed by fellow Nevadan Randy Dorfman, who spotted Chen using an HUD on his Twitch.tv live stream in November. Dorfman immediately contacted WSOP.com’s Bill Rini via Twitter to demand why Chen was able to get away with this and posted screenshots proving the veracity of his claims.

“We’ve been in contact with the player since [November],” responded Rini. “If you see him using HUDs on WSOP.com now, please let us know.”

So How Many Other Nevada Players Are Using HUDs?

This begs the question, however, if WSOP.com is unable to police the use of HUDs effectively from its backend, how can the site realistically prohibit such software, and how many other players in the state are also using the software?

While this was the first reported case of illegal HUD use since Nevada regulated online poker at the end of 2013, it was only exposed by a player carelessly broadcasting the infraction to hundreds of Twitch.tv users. So it must be safe to assume that others are also violating the regulations.

Dorfman suggests that if WSOP.com does not have the technological capabilities to police HUD use, it should make them legal until such time as it does.

Rini responded that the Nevada Gaming Control Board made them illegal, not WSOP.com.

“We can’t just make them legal because one guy was caught using one,” he said.

Letter of the Law

Although HUDs are now being barred on many poker sites, the derivation of their illegality in Nevada actually pre-dates the invention of HUDs at all.

Online poker tracking software is forbidden by a Nevada gaming law statute that was designed to prevent casino cheats from using mechanical cheating devices in land-based casinos. Violation of the statute could lead to a fine of up to $10,000 or imprisonment for between one to six years.
It states:

It is unlawful for any person at a licensed gaming establishment to use, or possess with the intent to use, any device to assist:
In projecting the outcome of the game;
In keeping track of the cards played;
In analyzing the probability of the occurrence of an event relating to the game or;
In analyzing the strategy for playing or betting to be used in the game, except as permitted by the commission.

WSOP.com’s terms and conditions, meanwhile, clearly state that “any automated tool which in the Company’s opinion is designed among other things to provide assistance in betting decisions, to exchange the opponents’ hand histories,” is prohibited.

In all other aspects of regulatory compliance, from geolocation to age verification, the technology of the new regulated markets has proven to be effective, but this incident highlights an alarming failure of WSOP.com’s software to detect a practice that is forbidden by the regulator.

So if I am understanding this correctly…HUDs are illegal to use Nevada online gaming, but they can’t enforce it…so why is it illegal if you can’t enforce it and you don’t???? seems like more government regulation that only hinders the law-abiding…