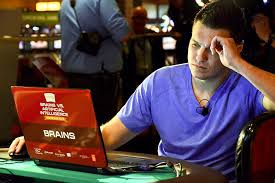 Computers have solved checkers and overtaken even the best humans in chess, not to mention countless other strategy games.

However, there are some areas where they continue to lag behind elite players, and no limit hold’em continues to be one of them, at least for now.

Four professional poker players are currently engaged in heads-up battles against Claudico, a poker bot that was developed by computer scientists at Carnegie Mellon University (CMU).

Each of the four players will have the chance to win $100,000 if they finish their sessions against Claudico with a lead after 20,000 hands each, a process that began on April 24 and will finish on May 7.

The competition, which is being called “Brains vs. AI,” is using a duplicate format that should remove most of the luck from the equation, at least in terms of overall results.

The four players are split into two pairs, with each pair being dealt the exact same cards across the 20,000 hand session.

The only difference is that the two players in each pair will be on the opposite sides of each hand: if one of them was lucky enough to get pocket aces against Claudico’s pocket kings, the computer will have the aces in the other match.

In the match, humanity is being represented by Doug Polk, Dong Kim, Bjorn Li and Jason Les, all of whom are experienced in heads-up play.

All four matches have been broadcast live on Twitch, and are being played at the Rivers Casino in Pittsburgh: two matches can be watched by the public on the casino floor, and the other two (the “duplicates” of those matches) are taking place in a secluded area upstairs.

Heading into the match, Polk believed that humanity had a good chance in the match, though he wasn’t sure what to expect.

“I imagine that the humans have an edge here,” Polk said. “However, it is very difficult to determine an outcome with any sort of stability, as I do not know what I am going to be up against.”

As the event has worn on, it seems as though Polk’s prediction was accurate. As of last Thursday, a total of over 42,000 hands have been played, and the humans lead by $626,892 in chips.

“I have been extremely impressed by the pros’ ability to improve and adjust their game no matter what curveballs Claudico has thrown at them,” said Tuomas Sandholm, a professor of computer science at CMU and the creator of the poker bot.

Polk says that he has been taking notes during the match in order to try to keep an edge over the computer, a strategy that seems to be working so far. The biggest winner so far, however, has been Bjorn Li, who is up over $400,000 in his match against Claudico.

Both the program’s developers and the human players say that a rematch may be possible in the future, provided both sites were okay with the conditions of the match.

“I’d like to do this again because the computer will eventually be able to beat the humans,” Polk said. “But a rematch would need to meet certain criteria. We’ve encountered problems along the way and we’d need to work out on paper what the terms would be.”