How Poker and Politics Intertwined in 2016
January 2, 2017 Latest Poker News

How Poker and Politics Intertwined in 2016

Poker and politics were inexorably intertwined in numerous ways during the 2016 US presidential election season. Many pros, such as Mike Matusow and Daniel Negreanu spoke out against and in favor of candidates Hillary Clinton and Donald Trump. And, like every other year, online poker legislation had its political detractors. 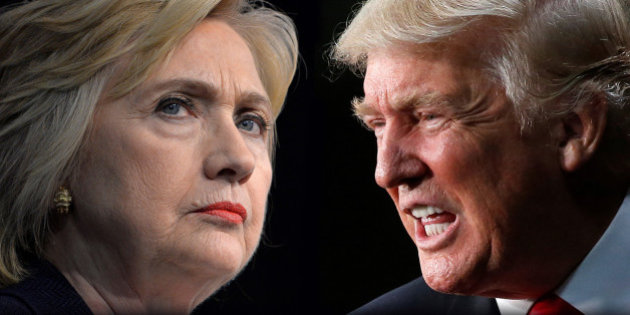 The US presidential election between Hillary Clinton and eventual (and surprise) winner Donald Trump brought out some heated debates on Poker Twitter.  (Image: AP)

Starting with the election, of course, Trump ended up winning, becoming the 45th President of the United States. He will be inaugurated on January 20, replacing Barack Obama. Some poker pros supported the candidacy of the wealthy businessman. Others, including Negreanu, made frequent anti-Trump posts on Twitter. After becoming a US citizen in 2016 specifically to be able to vote against the Donald, Kid Poker made it clear he was determined to do his part to keep the reality TV star out of 1600 Pennsylvania Avenue.

His buddy Matusow was on the other side of the aisle. The Mouth expressed his support for Trump and disdain for the former First Lady. He even traded barbs on Twitter with billionaire Mark Cuban over the election, the latter having been vehemently pro-Clinton and anti-Trump.

Poker Twitter was full of intense election debates this past year. Phil Hellmuth stayed out of the arguments, but he did analyze the debate performances of both candidates. After the first debate, the Poker Brat was impressed by both Clinton and Trump’s performances.

In September, Senator Tom Cotton (R-Arkansas) introduced bill S 3376, a bill that intended to ban online poker at the federal level. Currently, each individual state makes its own decision on internet gambling laws.

The bill was co-sponsored by Senator Lindsey Graham (R-South Carolina), a long-time supporter of billionaire Sheldon Adelson’s Restoration of America’s Wire Act (RAWA). Adelson, the CEO of Las Vegas Sands Corp., the company that owns the Venetian Hotel & Casino in Las Vegas, is the most influential proponent of anti-online gambling legislation.

RAWA never received enough support in Congress to pass. But that hasn’t stopped Adelson, Cotton, and others from continuing their anti-online gambling crusades. Bill S 3376 hasn’t passed and is likely to be met with the same blah response as RAWA from Congress in 2017.

Gaming Regulator Pulls Out of US

Also in September, the Kahnawake Gaming Commission, a Canadian internet gambling regulator, agreed to pull out of the US market after reaching an agreement with the New Jersey Division of Gaming Enforcement (NJDGE).

Kahnawake provides licensing to more than 80 online gambling websites. Until September, the commission had no restrictions on which markets its licensees could accept wagers in. Kahnawake announced its reasoning for backing out of US markets in a prepared statement.

“Since 1999, when it became one of the first jurisdictions in the world to license and regulate online gaming, Kahnawake has recognized the necessity of continually evolving its regulatory environment to keep pace with this dynamic industry while ensuring Kahnawake’s jurisdictional reputation and integrity are maintained at the highest levels.

And so ended a year of political bickering between poker pros over the election, as well as politicians over the legality of online poker. Bring on 2017.