How Online Poker Switched It Up in 2015 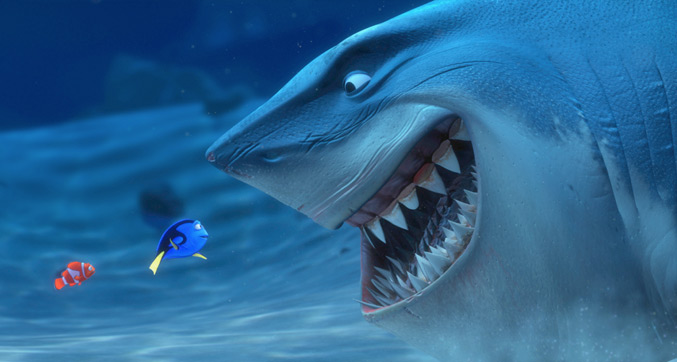 Let the online poker fish live: with the introduction of lottery style games and more options for casual players, major changes blew in for online poker during 2015. (Image: blogs.disney.com)

The online poker industry witnessed a bevy of major changes in 2015, from business mergers to regulatory shifts to new ways of attracting “average Joe” players to the Internet.

Having previously been a place where the hardcore grinder could thrive through a combination of dedication, skill, and number crunching, the online poker economy underwent a marked transformation and became a much more welcoming place for casual grinders this year.

Of course, change conjures up a sense of uncertainty and trepidation, and many in the online poker industry were suspicious of the innovations introduced by the leading operators. However, for many insiders with a wider view of the industry, the movement towards “recreational poker” and “casual players” was one that was both necessary and welcome.

PokerStars Opens the Doors for Change

Online poker has become a saturated market since it hit a peak in 2004/2005 in the post-Moneymaker years, but the  changes introduced by the largest online poker sites in 2015 have all been designed to inject some new life into the game. Arguably the most significant change inside platforms such as Full Tilt and PokerStars was the introduction of sports betting for the UK and EU markets.

Once staunchly opposed to anything other than poker, PokerStars and Full Tilt have gradually embraced other facets of the betting industry, thanks to new ownership. Under the leadership of Amaya CEO David Baazov, PokerStars introduced casino games in 2014, and in 2015, a sports betting revolution emerged within the site.

Aiming to offer more options to more players, the new set-up initially received criticism from seasoned grinders. But recent traffic spikes suggest the move was a wise one that can ultimately benefit everyone.

Similarly, PokerStars decision to introduce lottery-style tournaments was another move designed to capture the new “let’s gamble” ethos that’s spreading through the industry. Branded as Spin & Go tournaments by PokerStars, the high-octane format struck a chord with casual gamblers in 2015, thanks to a number of big-money promotions.

For just a few dollars, recreational players were able to buy a lottery ticket, compete in a three-handed format, and potentially walk away with a million bucks. In fact, that’s exactly what three players did in January. Tornádo111, anushan_2323, and sss66666 all made history after winning a million and paying just five bucks to do so.

In line with online poker’s shift away from relying on hardcore grinders and its move towards newbies in 2015 was the backlash against tracking software. Announced by some of the major online operators, such as partypoker, a series of player-friendly policy changes were introduced to help create a more level playing field.

Acting as part of partypoker’s “Poker for the People” campaign, the new initiatives essentially removed a player’s ability to track opponents.

By restricting the amount of hand history data a player has access to, partypoker pretty much rendered HUDs obsolete. In tandem with this change, the site also announced that it would be removing manual table selection for cash games and replacing it with random seating.

Following the example set by Full Tilt in July 2015, partypoker implemented a system whereby players were put into a pool and randomly seated at a cash game table.

Effectively eliminating “bum hunting,” the move initially caused cash game traffic to drop at Full Tilt. But the number of player ante-ups has since stabilized, as poker fans came to grips with the new system.

Heading into 2016, there will likely be a lot more emphasis put on the more recreational end of the poker spectrum. Thanks to the innovations introduced this year, a precedent has been set among the larger operators that casual players are the main priority.

In fact, as the end of the year approaches, PokerStars continues its drive to offer small-stakes, high-value tournaments with the creation of its Common Cents festival. And following a similar format to the ever-popular World Championship of Online Poker (WCOOP), Common Cents offered 14 tournaments, each with prizepools worth up to $100,000 and no buy-ins exceeding a buck.

2015 was undoubtedly a year of change for the online poker industry. We can only hope that the online revenue figures in 2016 bear out that these were all good decisions.

adopting measures to end data tracking gets my vote !