Two Houston poker clubs have claimed a legal victory after local officials decided not to pursue civil lawsuits against them. 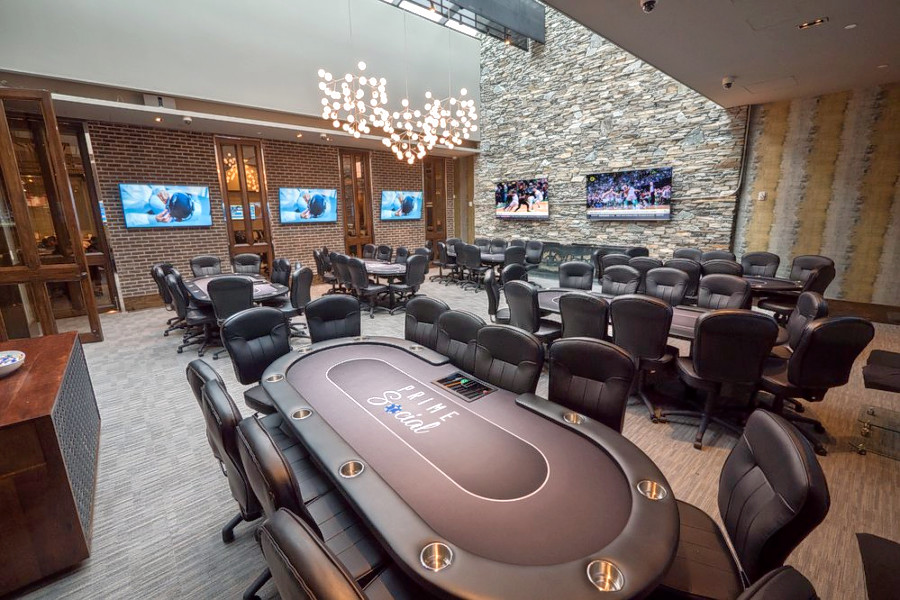 The Prime Social poker club in Houston could reopen soon, now that criminal charges against the owners have been dropped, as have civil lawsuits. (Image: CareBridgeDigital D./Yelp)

In a press statement about the decision, the District Attorney’s office said the county would consider refiling the civil nuisance cases after law enforcement concluded its review of criminal matters.

Following a series of police raids in May, nine men were arrested on charges of money-laundering. The culmination of a two-year investigation, the arrests were part of crackdown on illegal poker rooms in Texas.

Commenting on the case, District Attorney Kim Ogg made it clear unlawful gaming wouldn’t be tolerated on her watch.

“We are changing the paradigm regarding illegal gambling by moving up the criminal chain and pursuing felony money laundering and engaging in organized crime charges against owners and operators,” Ogg said in a May press release.

As the case progressed, conflicts of interest between the defendants and consultants involved in the trial led to charges being dropped in July.

The conflicts of interest included a campaign fundraiser for Ogg’s office involving a former consultant who also was doing business with the poker clubs. That consultant, an attorney, and a private investigator reportedly accepted $250,000 from the club on the promise of drafting a city ordinance that would clarify the club’s legality. But city council members never received a draft of any such measure.

Ogg said was left with no option but to refer the case to the FBI. However, with money laundering charges dropped, the Houston poker clubs looked to resume business as usual.

That impediment was finally removed on Thursday. Although the Attorney’s Office reconfirmed the case had been referred to the FBI, it said it won’t be pursuing any civil litigation at this time.

While the two Houston poker clubs can now reopen, they may not be in the clear. Local law enforcement still contends that Texas poker clubs, such as those raided, are illegal.

However, active clubs within the state believe they aren’t breaking the ban on real money gambling. In their defense, the clubs say they aren’t charging entrance fees or rake.

Local website Click2Houston reported in June that more than a dozen clubs were still open, despite the raids. Some have suggested that Prime Social Poker Room and Post Oak Poker Club had been unfairly targeted.

Talking to Click2Houston, Prime Social owner Wayne Dolcefino said he wanted to reopen as soon as possible. With the civil lawsuit dropped, that now could happen in a matter of weeks.

“While the folks at Prime Social welcome this logical decision, this lawsuit was a joke in the first place, a fake portrait created to justify the corrupt prosecution of Prime Social employees who had not done a thing wrong,” Dolcefino said on Thursday. “Lives were destroyed from this injustice, and the financial damage to the club is significant. You haven’t heard the last of this.”