5 Ways the Houston Astros Cheating Scandal Reminds Us of Postlegate

We recently told you that the Houston Astros cheating scandal was similar to that of Postlegate. But as more evidence in the baseball scandal comes to light, we’ve realized that these situations are even more alike than we first thought. 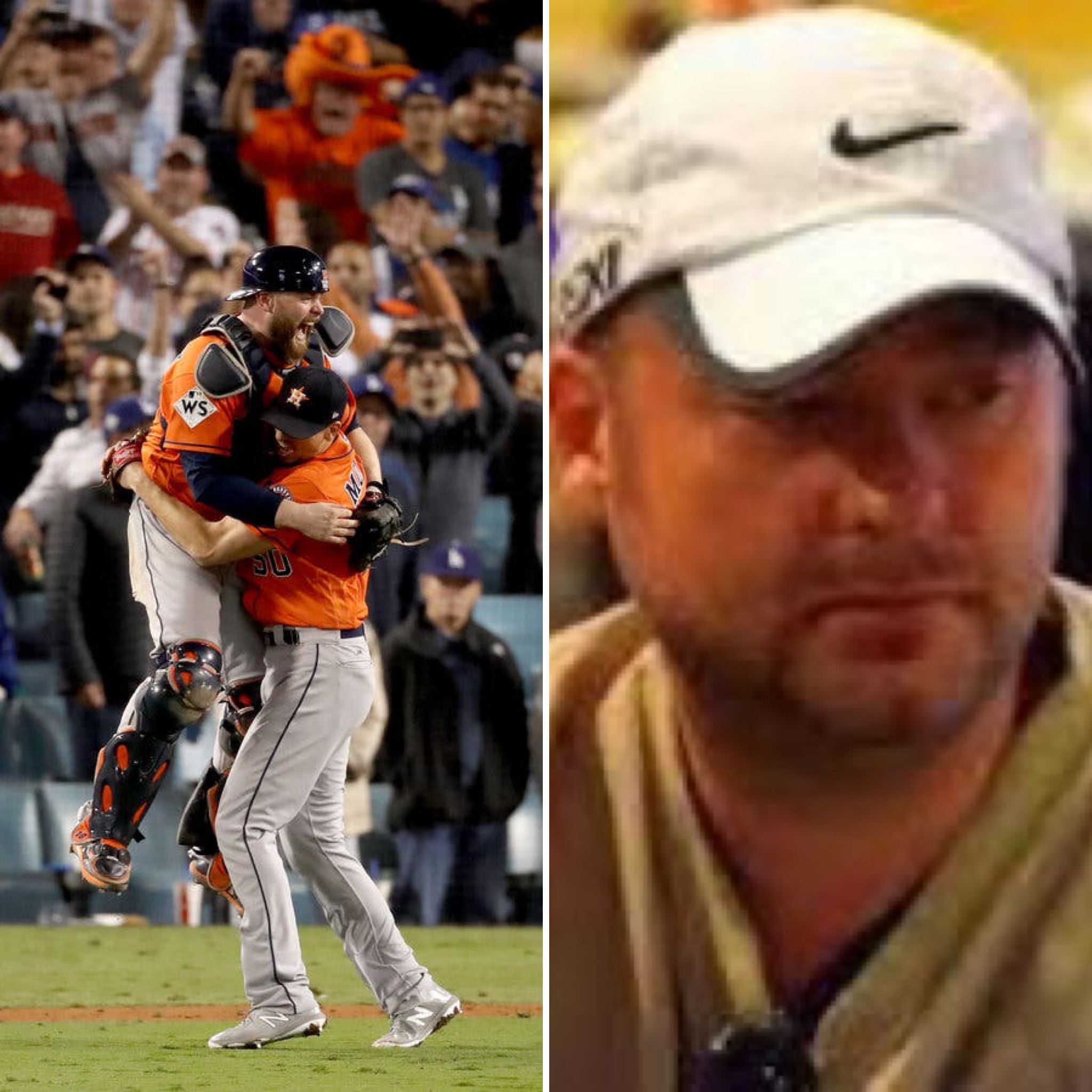 One-time Astros pitcher Mike Fiers accused his former team of stealing signs to gain an edge, which is against the rules. Major League Baseball didn’t take the allegations lightly. The league investigated the claims and concluded there was truth to his statements.

Houston is accused of stealing catcher signs so that Astros hitters could determine the upcoming pitch. That, as MLB concluded, gave the 2017 World Series champs an unfair advantage. In a poker sense, it’s comparable to a player having access to an opponent’s hole cards.

And that’s the perfect segue into our Mike Postle comparisons. There are some striking similarities between the Houston Astros cheating scandal and also Postlegate. Perhaps, more than you may have realized. It’s almost like Postle secretly worked for the ‘Stros.

1. It All Started With a Whistleblower

Word of the Houston Astros cheating scandal spread thanks to Fiers, who pitched for the team during the 2017 championship season. It didn’t take long for the internet know-it-all’s and Astros fans to play the “he’s just jealous” card.

Sound familiar? When Veronica Brill outed Mike Postle on Twitter, she was instantly dubbed by many poker fans as “jealous.” They said she envied his success on the Stones Live streams, and claimed her intentions were to harm a player she couldn’t beat.

Fiers took similar heat from baseball fans, mostly those who support the Houston Astros. Fans initially claimed he was bitter and envious because, as they claimed, he was one of the worst players on the team. He didn’t get the same recognition from fans that star players like Jose Altuve and George Springer received. And it’s true the team most likely won in spite of him, not because of him. Fiers posted a downright pitiful 5.22 earned run average, and an equally mediocre 1.428 walks and hits per innings pitched that season.

Similarly, Postle was a more successful cash game player than Veronica Brill. But does that mean Brill and Fiers only came forward with the damaging allegations because of pure jealousy? Absolutely not.

After Brill brought forth the allegations against Postle, the poker community went all Sherlock Holmes. Joey Ingram led the charge with daily investigations into the Stones Live streams involving Postle, starting with a five-hour live-stream on Sep. 30, a day after the cheating scandal came to light.

That was just the beginning of the poker podcaster’s Postle investigations. Over the following month, he posted 23 additional Postle-related videos on his popular YouTube channel. But he wasn’t the only one. Other prominent poker community members such as Matt Berkey and Jonathan Little also investigated. The poker community would soon almost unanimously determine that Postle is guilty. Brill is no longer considered “jealous,” and is instead considered a poker hero.

After Fiers brought forth the details of the Houston Astros cheating scandal, the internet sleuths did some digging, reminiscent of Postlegate. One fan dug up old games on the MLB.TV archives and discovered a loud bang occurred in the background before an off-speed pitch was thrown when certain Astros hitters were at the plate.

Another game vs the WS.

The assumption was that the loud noise was a signal to the hitter of the type of pitch to expect. Much like Postlegate, the Houston Astros cheating scandal is now more believable due to the hard work of many internet sleuths.

Baseball and poker fans are no different than the rest of society. People love conspiracy theories, no matter how crazy they may be. Whether it’s the earth being flat, climate change being a hoax, or George W. Bush allegedly masterminding the 9-11 terrorist attacks, society has a weird fetish with loony conspiracy theories.

So, when Fiers outed the Houston Astros, the conspiracies spread around the internet quickly. Some claimed All-Star second baseman Jose Altuve wore a wire at the plate to listen in on what pitch was coming. Others believe the niece of former Astro Carlos Beltran — who was hired as manager by the New York Mets, and fired before his first game, due to his possible connection to the cheating scandal — shared details of how the Astros cheated on Twitter.

The supposed Beltran relative (Twitter user @SO_blessed1) tweeted that Astros stars Altuve and Alex Bregman “wore devices that buzzed on inside right should from hallway video guy.” But members of the Beltran family claim the Twitter account in question isn’t his niece, as has been reported. Instead, it could be a troll or, possibly, someone in the know. We may never know.

During the Postle-gate scandal, many poker fans concocted their own conspiracy theories, the main one being that Postle had an electronic device near his crotch that gave him information about his opponent’s hole cards. The conspiracy theories from the poker and baseball fans may or may not be correct. We can’t prove or disprove them.

4. Cheating to Gain an Unfair Advantage

There is a reason why the Astros and Postle allegedly chose to cheat instead of playing by the rules. When the stakes are as high as they are in poker or Major League Baseball, certain individuals will look for a way to gain an unfair advantage over the competition.

The Astros are accused of stealing signs to decipher the incoming pitch. This gave them an edge over the other teams as they likely scored more runs than if they played by the rules. Postle is alleged to have used some sort of unknown device to decipher his opponent’s hole cards. This information made it easy for him to make the correct decisions.

Before you bash baseball and poker, you should be aware that cheating isn’t exclusive to these games. The New England Patriots, the NFL’s top franchise, have repeatedly taken heat for multiple alleged cheating scandals. Top college football and basketball programs have been known to illegally hand over cash and gifts to recruits, not that the NCAA does anything about it. That’s not to excuse Postle and the Astros. They deserve harsh criticism. But it’s unfair to single out baseball and poker when cheaters can be found in just about any other sport or high-stakes game.

5. Questionable Impact of the Alleged Cheating

The Houston Astros are accused of stealing signs during home games at Minute Maid Park in 2017, and potentially beyond. But when you look at their home versus road statistical splits from 2017, you’ll notice they were actually better at the plate on the road.

In 81 home games, the Astros posted an .812 OPS (on-base plus slugging percentage) and 115 homers in a ballpark that is widely considered hitter-friendly. On the road, in the same amount of games, the team had an .834 OPS and 123 home runs. It’s not a big difference, but there doesn’t appear to be much of an edge gained over the course of the season from the alleged cheating, at least not from a statistical standpoint.

That said, it’s possible the Astros didn’t start cheating until later in the season. So, perhaps once they did begin stealing signs, they started hitting better at home. One questionable stat is during the 2017 post-season where Houston went 8-1 at home and just 3-6 on the road. But that’s too small of a sample size from which to make any conclusions.

Postle’s alleged cheating scandal is a bit similar in that we don’t know exactly how much money he won, or saved himself from losing. We’ve seen countless hours of evidence from Stones Live streams. It’s clear he is either the best decision maker on the river in poker history, or he was cheating. It’s hard to believe the former, however.