Hotel Room Theft Alleged by WSOP Players at The Rio 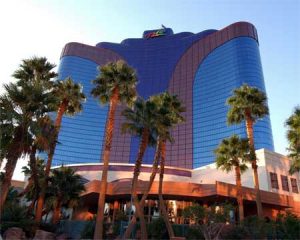 Three players within a short window of time have alleged that they were the victims of thievery during WSOP at The Rio All Suites Hotel and Casino in Las Vegas. (Image: Carbon Poker)

While the popular saying for tourists might be, “What happens in Vegas, stays in Vegas,” they certainly don’t mean “What I bring to Vegas, stays in Vegas,” when it comes to their personal belongings. Unfortunately for a trio of poker players in town for the World Series of Poker (WSOP) at the Rio All Suites Hotel and Casino in Las Vegas, some of their prized personal belongings were allegedly stolen from their rooms last week.

Finnish poker pro Lauri Pesonen tweeted, “Both my and @Jouhkb’s laptops stolen from our room at Rio. Everything else, wallets, ipads, ec still here. EPT Barcelona again?” which raised the eyebrows of a lot of players at the event. Players often book rooms at The Rio for weeks at a time during the WSOP for the convenience it holds for playing in multiple events spanning that period of time. That convenience factor, of course, is negated if expensive computer equipment goes missing.

After Pesonen’s tweet, another player took to Twitter to inform the world that he, too, had been allegedly victimized. Manh Nguyen posted, “Did that really happen to me? Am I dreaming? Please wake up… Please wake up.” While that tweet was pretty cryptic, Nguyen later tweeted about six hours later, “Attention poker players: large sums of money has [sic] been stolen out of my room at rio last night.”

Approximately 15 hours after Pesonen’s initial tweet, another Finnish pro posted his story on Twitter. Joni Jouhkimainen, the “@Jouhkb” referenced in Pesonen’s tweet, let the world know, “Just found out that the guys also took our sanitary bags and sunglasses instead of iPad&wallets wtf. Whats wrong with this people.”

A few players, such as Bryan “The Icon” Micon, Tim Adams, and Tristan Wade expressed their concern for the players over Twitter after seeing what had allegedly taken place.

Nguyen made comments to the press expanding on his story, stating that he checked into the Rio in the evening and dropped off his bags, along with a roommate, and went to eat. After returning some five to six hours later, he’d discovered that $35,000 had been taken out of their bags. He stated that nothing else was taken and that no other belongings looked like they had been rummaged through. Nguyen also found out that The Rio does not have security cameras in the hallways and only in the elevators. After a police and hotel security report, Nguyen feels that he and his friend, “are just basically screwed.”

Long time World Series of Poker Tournament Director Jack Effel posted a statement on behalf of the WSOP regarding the string of alleged thefts by saying, “We take these allegations very seriously and are meeting with security/hotel management this morning to have a comprehensive discussion. We will report back to everyone soon. Thank you.” After a few days, no official report has been given, but one is expected soon.

Unfortunately, this is not the first time a string of thefts might have targeted poker professionals. Back in September 2013 at the EPT Barcelona event, a few poker players reported that their laptops had been stolen from the Arts Hotel. Strangely enough, it was two Finnish poker pros, along with a Romanian, that had their laptops stolen. The story gets stranger, as their stolen laptops reappeared hours later, but this time, infected with a dangerous Trojan. Apparently, the scheme was to steal the laptops, infect them with a Trojan to gain access to their online accounts, and drain them of their bankrolls or even seen hole cards whenever playing online.

If you are travelling to Las Vegas for the WSOP, it’s advised you do not keep large sums of money on your person, or leave it in a gym bag on top of your bed when you go to dinner. It is highly encouraged to make use of the room’s safe, or even make use of a laptop cable lock system which can be found at any computer convenience store. Many larger hotels also have more secure house or cage safes that can be accessed upon request.

The hotel should be held responsible for this (as it is in their best interest to have had security cams up in the hallways to make patrons safe in the first place). I feel sorry for these pros

Alleged has to be one of the most mis-used words in the English language. Please stop using it.