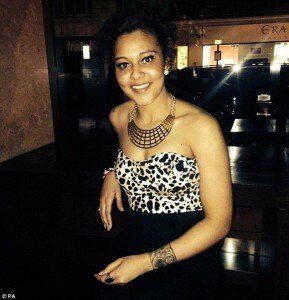 Leonie Granger was convicted of manslaughter for her role in the death of Mehmet Hassan. (Image: PA)

Mehmet Hassan was murdered last March in his London home after returning there with a woman he had been spending time with in a nearby casino.

On Wednesday, that woman and two male associates were convicted of killing Hassan as part of a robbery plot that ended in his death.

Hassan, a professional gambler who often played poker, was a divorced father with three children.

During the trial, prosecutors told jurors that he “enjoyed the company of women,” making him vulnerable to schemes like the one that was perpetrated by the three defendants.

Hassan came to know a woman named Rachel, taking her to casinos and expensive restaurants.

That woman was actually named Leonie Granger, and even after her first date with Hassan, she recognized that he was wealthy and liked to splash money around.

“This guy is a professional gambler,” a taxi driver reported overhearing Granger say after that first meeting. “He has never worked a day in his life.”

On the night of the murder, Hassan and Granger visited Nobu, an expensive restaurant, and then travelled to the Palm Beach Casino where he gave her money to gamble with.

The two were then seen kissing, after which they returned to his flat in Islington. Granger then made an excuse to leave, and called for a taxi to take her home.

Mehmet Hassan was the victim of a honey trap murder plot. (Image: murdermap.co.uk)

But that was all part of a plot to rob Hassan. Before she left, Granger made sure that her boyfriend, Kyrron Jackson, and his friend, Nicholas Chandler, gained access to Hassan’s home. Once inside, the two men tied up Hassan and kicked him, ultimately beating him to death.

They then came across the cash that Hassan routinely kept in his home: friends said they believed he generally kept £20,000 ($29,650) or more in cash in his flat at any given time, rather than depositing it in a bank.

Apparently, the defendants weren’t content with simply taking the cash. A celebratory video was found on Granger’s mobile phone, where the three were seen playing with the cash, stuffing it in their underpants and throwing it around a room.

The defense claimed that the video was unrelated to Hassan and was made four months earlier.

Still, even some of the defendants admitted that something bad went down that night, even if they weren’t planning on being parties to murder.

Granger said that she plotted to rob Hassan, saying that she saw Chandler outside Hassan’s home with another man she didn’t recognize. Chandler was willing to admit that he and Jackson were in Islington that night; however, he claimed that Jackson went into the flat while he stayed in the car playing Candy Crush and Flappy Bird.

That didn’t seem to convince jurors, who found both Chandler and Jackson guilty of murder. Granger’s defense was a bit more persuasive, as she was convicted on the lesser count of manslaughter by a 10-2 majority.

Jackson and Chandler were also convicted of robbery and various conspiracy charges. All three defendants are to be sentenced on April 28.

Hassan was a regular in cash games at the Palm Beach Casino Club, and was a well-known figure in UK gambling circles.

“He loved to gamble and, win or lose, it never affected him,” Hendon Mob founder Ross Boatman told the London Evening Standard. “He was always smiling, always upbeat.”

The convicted made a damning video immediately following the murder of Hassan, in which they are seen stuffing £50 notes into their pants and throwing bills into the air (there is no audio on the video):