Hollywood to Remake ‘The Gambler’ with Mark Wahlberg 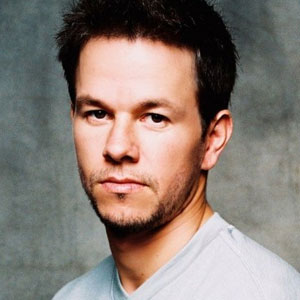 A remake of the 1974 film “The Gambler” originally starring James Caan is currently in the works for a release at the end of 2014 with Mark Wahlberg taking on the lead role.

A top Hollywood movie studio is gambling on a remake. Paramount Pictures is set to remake the 1974 classic sports betting film “The Gambler,” according to the entertainment news website Deadline.com. The film tells the story of a gambler who got in over his head. Axel Freed, a literature professor at a New York area university, would seemingly bet on anything, including which of two raindrops on a window pane would reach the bottom of the pane first. Eventually, he tries to fix a college basketball game to earn cash and get a burly bookmaker off his back. The final result is not pretty.

The titular role of the degenerate sports gambler was played brilliantly by James Caan in the original movie. Mark Wahlberg will take on the starring role of Freed in the remake. The role of Billie, Freed’s girlfriend, played by model Lauren Hutton in the original, is to be reprised by Brie Larson. Freed’s mother Naomi was played by Jacqueline Brookes in the ’74 flick; the remake will feature veteran actress Jessica Lange, whose most famous role was, ironically, in the Fay Wray role in a remake of “King Kong.” Other actors who appeared in the original include Paul Sorvino, James Woods, Vic Tayback, Stuart Margolin, Burt Young, London Lee and Patty Fay.

The late movie critic Roger Ebert, wrote of the R-rated, 111-minute film when it came out in 1974: “Axel Freed is not simply a gambler, but a very complicated man in his mid-thirties who earns his living as a university literature teacher. He teaches Dostoyevski, William Carlos Williams, Thoreau. But he doesn’t seem to teach their works so much as what he finds in them to justify his own obsessions…He has to find his own dangers, to court and seduce them. And the ultimate risk in his life as a gambler is that behind his friendly bookies and betting cronies is the implacable presence of the Mafia, the guys who take his bets like him, but if he doesn’t pay, there’s nothing they can do.”

Up and Down History of Gambling Films

The news that “The Gambler” is getting remade comes on the heels of the recent announcement that a sequel is being made to the poker-themed movie “Rounders.” That film starred Matt Damon as a slick poker pro who ends up in a high-stakes game with an Oreo-munching Russian sociopath named Teddy KGB.

Hollywood has a mixed track record when it comes to producing movies about gambling. “Rounders” was one of the best, with other hits including “The Cincinnati Kid,” “California Split” and “Bookies.” Some of the least successful films were “Lucky You,” a hokey movie about poker that starred Drew Barrymore, and “Big Shot,” about a college bookmaker. The remake of “The Gambler” is currently in pre-production, and the film is expected to be released by the end of 2014.