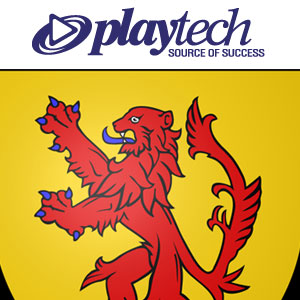 Holland Casino has chosen Playtech to be its service provider when the Netherlands enters the world of regulated Internet gambling in 2015.

The Netherlands’ gambling industry is about to go through a big change. In 2015 the Dutch government will open the country’s market to global competition, finally regulating online gaming in the Netherlands. Holland Casino, who has a legal monopoly on gambling in the country, has selected Playtech as its service provider.

A Platform for Gaming

Playtech was decided upon by Holland Casino after a competitive tender process. Per their agreement, Playtech will develop an online gaming platform for the casino, providing software for bingo, blackjack, poker, roulette, and slots. “We will soon offer our players a unique gaming environment and experience,” said Willem-Jan van den Dijssel, interim CEO of Holland Casino. “Coupled with the expertise of Playtech, we look forward with confidence to the forthcoming regulation of the market.”

Founded in 1999, Playtech should be a solid bet for Holland Casino as they begin their foray into the new online market. Traded on the London Stock Exchange, Playtech’s suite of products is completely cross-platform. For a country just starting with a regulated online market, it is important to have software that can be used not only online through a computer but on a smartphone or other portable device. All of Playtech’s products and services are compatible with one another which make the online gaming platform easy to implement.

Holland Casino will easily be able to offer their players hundreds of games due to Playtech’s acquisition of companies like Ash Gaming, Videobet, and Virtue Fusion. Another advantage of the partnership is that Playtech already has experience helping newcomers into the market. The company established itself in Italy with iPoker.it and also brought their online casino and poker products to the Serbian State Lottery.

Currently, the Netherlands is the 17th largest gambling market in the European Union. As strange as it might seem for Holland Casino to have a legal monopoly on the country’s gambling, the numbers speak for themselves. Over 700,000 online players help the country generate gross gambling revenue between €130 million and €250 million annually. Though it could be looked on as a tight grasp, the Casino was awarded for being the most socially responsible business in the international casino industry in 2008. Part of this was due to the fact that the company initiated policies to prevent compulsive gambling.

When the changes take place in 2015, Holland Casino and other gaming owners will be able to pay a tax rate of 20 percent, much lower than the 29 percent they pay today. Still, many might see that as quite a lofty amount to pay and be hesitant to establish themselves as a part of the country’s potentially profitable online future. As a country, the Netherlands has an Internet penetration rate of around 93 percent which could equal a good deal of exposure for an online brand. Whether it is sports betting, poker, roulette or other casino games, a regulated online market will create a large amount of competition. Brands small and large will be vying for Dutch players’ attention and will have to invest in both marketing and technology to keep up. Holland Casino’s agreement with Playtech will likely make for stiff competition but when the flood gates open in 2015, it will certainly be an exciting time for the Netherlands’ gambling industry.