Say what you will about Phil Hellmuth, but there’s no denying the 53-year-old hall of famer can still compete at the highest levels. On Wednesday night when he defeated one of the best heads-up players in history, Dan “Jungleman” Cates, heads-up, in a best-of-three match on Poker Night in America. 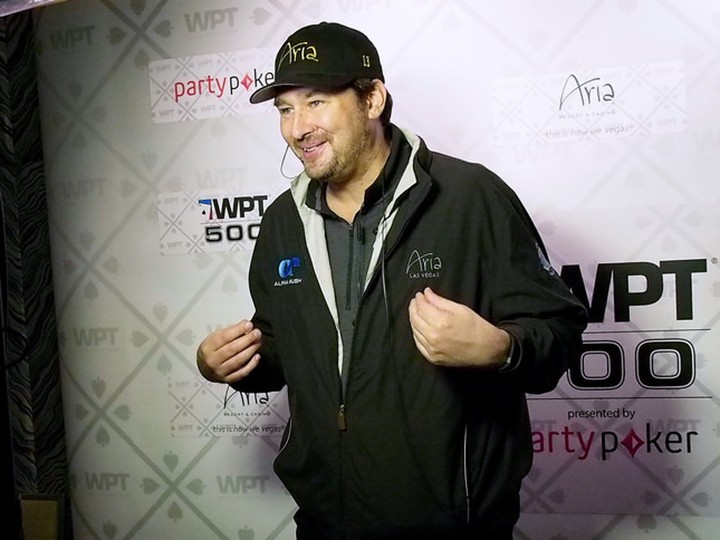 Phil Hellmuth disposed of two top-notch heads-up specialists from a younger generation to claim the “King of the Hill” title on Poker Night in America. (Image: World Poker Tour)

Hellmuth would claim a $200,000 prize for the victory, but defying the odds didn’t come without the pain and showmanship his fans have come to expect and love.

After disposing of his first heads-up specialist opponent, Doug Polk, on Tuesday, the Poker Brat advanced to an old school versus new school championship round match against Cates in a four-player tournament dubbed the ‘King of the Hill.’

Hellmuth tanked for a minute with top pair before releasing his hand. Cates showed the bluff. The Poker Brat stood up and said, “I knew it. He wanted to give me all his f*cking money. How does the deck save him?”

But Hellmuth regrouped, battling back to win the first game. Now Cates had to come through in the second match or go home with nothing in this winner-take-all event.

Round Two to Internet Pro

These two competitors have virtually nothing in common other than making millions of dollars playing poker and having a penchant for going on tilt when things go bad.

Hellmuth wanted to land a second-round knockout of the internet poker superstar. But that didn’t happen, as Jungleman seemed to have the Poker Brat’s number.

Facing a bet for all his chips with middle pair on the river, Hellmuth tanked for a couple of minutes before deciding to make the call. Opposite from the first game, Cates flipped over two-pair to secure victory in what was a quick match to even up the score.

“I just gave him that match,” Hellmuth admitted as the players went to break.

Don’t Call It a Comeback

It came down to one final match. “White magic” versus Game Theory Optimal. Old school versus new school. Math genius versus instincts.

Hellmuth made an early mistake, three-betting into Cates’ pocket kings to lose 7,000 chips and allowing his opponent to take an early lead.

Things got even worse. Much worse. Jungleman quickly had Hellmuth on the brink of elimination, down to just 5,800 chips after a bluff with three-high into Cates’ aces-up. But, as the old saying goes, “all you need is a chip and a chair.”

The 1989 WSOP Main Event champion doubled-up, then won a few small pots to gain a little momentum. Within about an hour, Hellmuth had reclaimed the lead.

Cates was apparently getting frustrated. Jungleman often mumbles under his breath when he’s on tilt, and his mental state would soon become obvious to everyone watching.

The belt won by Phil Hellmuth on Poker Night in America. (Image: PNIA)

After a pre-flop raise with Hellmuth holding A♦5♠ and Jungleman holding K♣10♦, the flop ran out 2♥K♠A♠. Both players checked. When a meaningless 8♣ fell on the turn, they both checked again.

When an A♥ showed up on the river, giving Hellmuth trips, he bet 21,000 and Cates made the call.

Seeming perplexed, Cates grumbled, “This is so annoying. What? This is so agitating.”

The board ran out 4♦4♥5♠8♥9♥, ending the match and the mini-tournament. Jungleman left empty-handed, while Hellmuth walked away with $200,000 and his second career heads-up tournament championship. (His first came in the 2005 NBC National Heads-Up Championship.)

Another day, another title for Phil Hellmuth. The man just keeps on winning. Maybe it’s time for the “young” pros to start giving him respect.

It was a 4 man heads up tourney. He had 1 in 4 chance of winning. Like 25 percent just by the odds. I would take those odds any day of the week to win .

those odds change considerably when you take a look at the level of competition… Doug Polk & Jungleman…. two of the best NLHE HU players in the world!

Phil Hellmuth is an old fox … as he says: “If luck did not exist in poker, I would never lose” .. excellent player .. one of the best in history