Bertrand Grospellier, better known to the poker world as simply “ElkY,” won his first Hearthstone tournament over the weekend. ElkY, who began his career before poker as a professional StarCraft player (which made him a minor celebrity in South Korea), signed for Dutch-based esports outfit Team Liquid in mid-November. 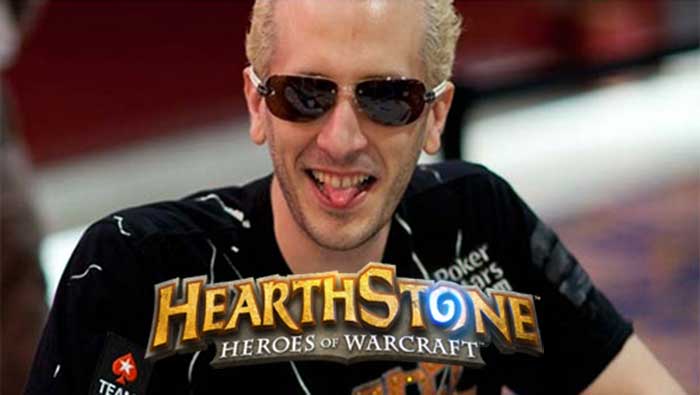 The rise of professional video gaming, or esports, has been exponential since ElkY left that world in the mid-noughties to pursue poker stardom and the greater prize pools it promised.

Today, esports have become so popular with a new generation of gamers that the poker industry is using it as a model to reinvigorate the dwindling popularity of poker, both online and live.

Key figures such as Alex Dreyfus have looked to esports for inspiration in recent years, and the Global Poker League’s final table “Cube” concept borrows heavily from the way esports present video gaming as a spectator sport.

Sensing the evolving zeitgeist, Full Tilt Poker also recently announced that is has become the official sponsor of the G2 Esports Hearthstone team. Ironically, it was a PokerStars pro who triumphed at the Redemption Cup at the Insomnia Truesilver Championship 2, in Birmingham, UK on Sunday, but at least it’s all in the Rational family.

Things did not start off too auspiciously for Grospellier, who arrived one hour late for his first match, due to failing to wrap his head around the UK time zone. Wrapping his head around the rest of the tournament, though, proved to be less of a problem.

ElkY recovered from his early setback to make the final, where he beat his opponent, Greensheep, 3-0, exhibiting flawless “Warlock Zoo play,” according to commentators.

Of course, we have no idea what any of that means, being over 30, but we’d like to offer a big, hearty congratulations to ElkY anyway.

Dreyfus has said that the biggest existential threat to poker comes from new trends in esports like Hearthstone. The CEO wrote recently in an op-ed for Huffington Post UK that poker must reinvent itself if it is to avoid becoming the “has-been game of the 2000s.”

Hearthstone is a digital turn-based card game set in the World of Warcraft universe. The dynamic game incorporates skill, along with an element of chance, allowing players to cast spells, equip weapons, and summon “minions” to battle against their opponents.

Released in March 2014, the game has over 40 million registered users, which means that in just two years, it’s amassed more than half of the equivalent of PokerStars’ entire user base.

Hearthstone has also inspired a rush to create new “killer” poker variants that will reignite the game for the Millennial generation, such as the GPI’s HoldemX, which introduces various “XCards” that can be used strategically to manipulate the course of the game.