Welcome back from your barbeque and fireworks. While you were gone, Daniel Negreanu jumped back into mind as a contender for WSOP Player of the Year, a rare day went by without anyone winning a bracelet, and get ready for the Main Event, because this year you’re going to get to see more of it than ever before. 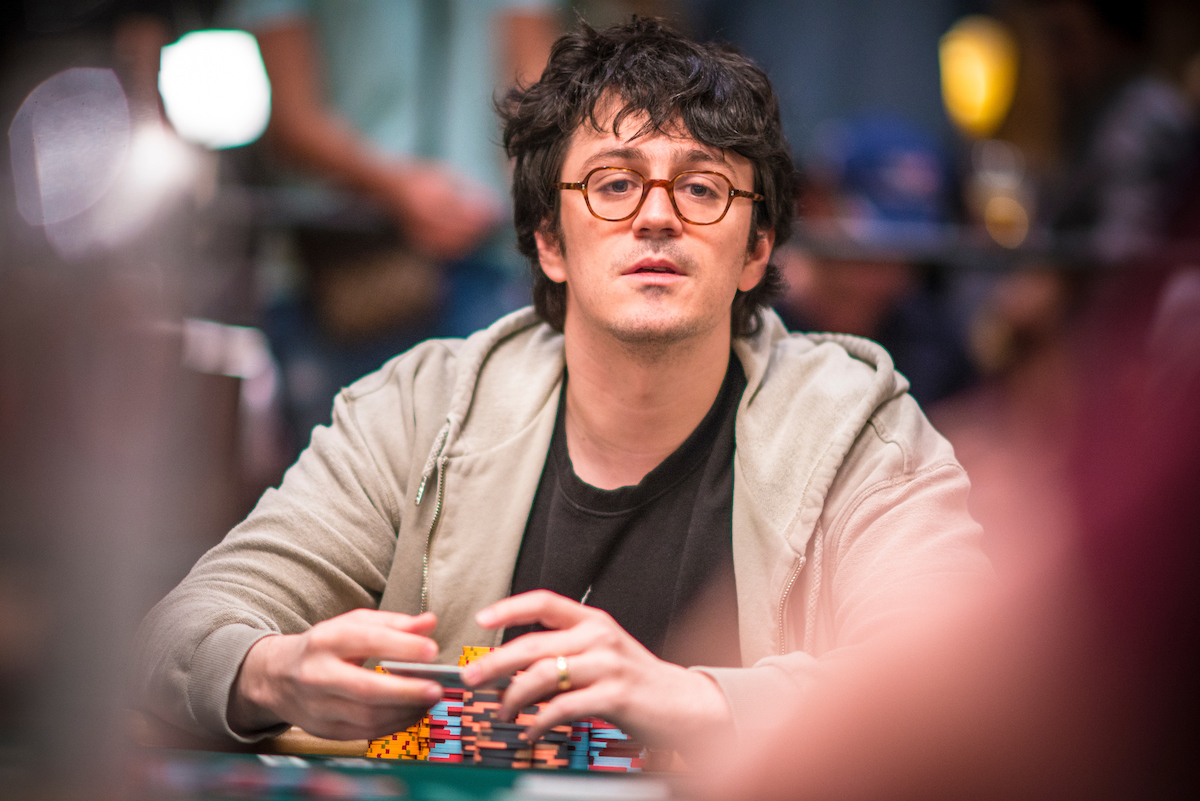 PPC for the Money

Kid Poker has been up and down through the first three days of Event #62, $50,000 Poker Players Championship. But the PokerStars Team Pro left the Rio on Tuesday with a smile on his face for a few reasons.

First, poker’s all-time winningest tournament player finished Day Three in 5th place out of 15 remaining players, with 2,223,000 chips. Considering where he was earlier in the day, short-stacked and under 400,000, Negreanu seemed satisfied with his Day Three performance.

Second, the money bubble burst late in the day, when Isaac Haxton busted two-time champion Michael Mizrachi. That secured Negreanu’s 10th cash of the Series and 103rd of his career. In events with buy-ins this big, even min-cashes ($77,320) matter.

But possibly more important for poker’s favorite Canadian-American immigrant, Negreanu’s Fourth of July run brought one of his summer goals, to win Player of the Year, back into the realm of possibility.

Negreanu, who won WSOP POY under a different scoring system in 2013, has hovered outside the top 10 spots on the leaderboard for most of the Series. He’s currently in 13th place with 541.24 points. If he can finish first or second in the PPC a window is open for him.

John Racener leads the POY race with 729.92 points. Chris Ferguson is the antihero in 2nd place at 693.42. A PPC win is good for 184 points, which would put Negreanu just four points behind the leader heading into the Main Event.

It’s still a longshot given Racener, Ferguson, and others will likely play smaller events prior to the Main Event, giving them more opportunities to rack up points. But, then again, didn’t most media pundits say Donald Trump’s path to the White House was slim?

Fake Phil Ivey in the Lead

The Poker Players Championship isn’t just the Daniel Negreanu Show now that all Mizrachis are out. There are 14 other players still competing for the $1,395,767 championship prize and the bracelet that Negreanu says matters most.

The current chip leader is Isaac Haxton (3,268,000), a regular on the high-stakes tournament circuit, better known to the online poker community as ‘philivey2694.’ The real Phil Ivey didn’t enter this event, so we’ll have to settle for the fake one.

Ryan Laplante, a patched up CardsChat team member in a few WSOP events the past two years, will enter Day Three of Event #64, $1,500 No-Limit Hold’em/Pot-Limit Omaha 8-Handed Mix, with the chip lead. There are 16 players left, all hoping to get their hands on a $268,555 first prize.

Laplante, a Minnesota native who won his first bracelet last year in a $565 PLO event, gave one of the most memorable and heartfelt bracelet ceremony speeches, speaking as a gay man just days after the tragic Pulse nightclub massacre in Orlando.

Other notable players still fighting it out at the final two tables include Shannon Shorr (4th place, 789,000 chips) and Ricardo Alvarado (14th place, 175,000)

Get Some Sleep and Come Back Tomorrow

A good night’s rest never hurt anyone. After Harry Lodge busted in 3rd place at 1 am in Event #60, $888 Crazy Eights No-Limit Hold’em (8-Handed), the two remaining players decided it was best to get some shuteye and come back well rested 12 hours later.

Alexandru Papazian and Killian Kramer decided they both wanted to start fresh for heads-up play, which will resume at 1 pm on Wednesday. Both players are guaranteed at least $463,888, but the winner is going to receive $888,888.

If you couldn’t find a good Fourth of July fireworks display on Tuesday, you should have headed over to the Rio to witness Event #65, $1,000 No-Limit Hold’em (30-minute levels). The tournament had 1,413 entries and we’re already down to the final 27 after just one day of play.

There were loud noises inside the Rio but the police weren’t called to the scene after it was discovered it was just the sound of poker players stomping to the exits one after the other. Dylan Linde withstood a barrage of all-ins throughout the day to bag the biggest stack (562,000). He has his eyes set on $223,241.

GO Get Your Main Event TV

But don’t feel out of luck on the 10th or 13th, or any other day for that matter. The PokerGO app (subscription purchase required) will broadcast additional hours of coverage, direct to your phone or personal screen of choice, prior to the final table.

Once the final table begins on July 20, ESPN will take over the broadcast from start to finish. Every hand of the final three days will be televised, with Norman Chad and Lon McEachern back in the booth commentating for both ESPN and PokerGO.

The End is Nigh

It’s hard to believe the WSOP is already winding down. The summer comes and goes so quickly for poker players, except during those dark days after multiple bad beats and it seems like it will never end. But there’s still plenty of WSOP business to take care of before the Main Event.

At 11 am PT on Wednesday, Event #66, $1,500 No-Limit Hold’em, gets underway. This is one of the last opportunities for the lower-stakes players and Chris Ferguson to rack up Player of the Year points.

At 3 pm, one of the more prestigious events kicks off. Event #67, $25,000 Pot-Limit Omaha 8-Handed High Roller, is sure to bring out some of poker’s biggest stars for a high-action, high-skill pre-Main Event score.