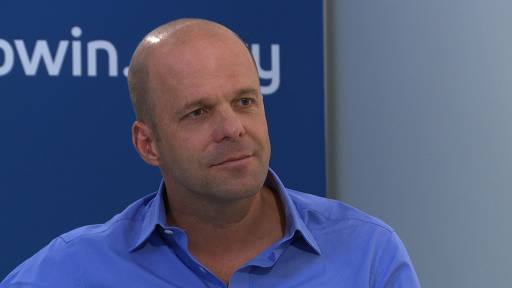 Norbert Teufelberger, CEO of bwin.party. The board is currently ruminating on the new GVC bid, but will 888 bite back? (Image: ocasacapuestas.com)

GVC Holdings will make a bid of just under £1 billion ($1.5 billion) for bwin.party, as it attempts to drive rival 888 Holdings out of the pot with the mother of all 4-bets.

The company has secured debt financing for the bid from Cerberus Capital Management, a US private equity group. Cerberus is part of a consortium that owns UK bookmakers Gala Coral, which has just announced a £2.3 billion ($3.5 billion) merger with former rival Ladbrokes.

888’s proposal appeared to have been all but accepted by the bwin.party board last week, despite being £10 million ($15.5 million) lower than an earlier £908 million ($1.471 billion) joint bid by GVC and Amaya Inc. Bwin.party highlighted “industrial synergies” between itself and 888 Holdings, which it believed would save costs in the future and ease integration.

GVC and Amaya’s offer, meanwhile, proposed to splice the company in two, with Amaya acquiring bwin.party’s poker operations and GVC the sports book.

Of the two, the GVC/Amaya overture appears to have been the more complicated and riskier offer, leading the bwin board to conclude that “888’s offer provides a higher degree of certainty for bwin.party shareholders” and that “GVC’s modest incremental premium to 888’s offer is not sufficient for the bwin.party board to recommend GVC’s proposal over 888’s offer.”

However, last week rumors were circulating in London’s financial district that GVC was seeking funding for an increased bid, this time removing Amaya from the equation. Some analysts were skeptical about the company’s prospects of raising the kind of capital that could make the bwin board sit up and take notice. After all, GVC has a market value of £250.9 million ($390 million), which is only a third of that of bwin.party.

However, no doubt aware of the rumors, bwin.party announced over the weekend that its ears were still open.

“The board has recommended an offer from 888 and we are working towards getting that done,” a bwin spokesman said. “Should GVC or anyone else put forward an attractive, fully financed and deliverable offer then of course the board will consider it against 888’s current offer.”

We would interpret that to mean that it ain’t over till the fat lady signs the check and it clears.

GVC’s new offer values bwin.party shares at 122.5 pence per share, which will be made up of 25 pence in cash and one new GVC share. The 888 proposal, meanwhile, values Bwin shares at 104.09p each.

The takeover would be financed by a combination of new GVC shares and a €400 million ($443 million) senior secured loan from Cerberus Capital.

“This is a real statement of intent from GVC. The proposed premium over the accepted offer by 888 is such that the bwin.party board will probably have no choice but to reconsider its acceptance of the 888 offer,” analysts at Davy Research told the BBC today. “We would be surprised if 888 does not come back with a counter-offer of its own.”

888 had yet to comment on the development as of this writing.