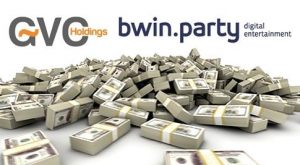 GVC records strong growth, despite unfavorable currency fluctuations. Its takeover of bwin.party is expected to be finalized on February 1st. (Image: yogonet.com)

As GVC Holdings prepares to complete its $1.6 billion takeover of bwin.party, a final, pre-acquisition trading update shows the company is in robust health.

GVC also said that the strength of the dollar, as well as currency depreciation in certain markets, reduced that figure substantially.

In fact, when measured on a constant currency basis, total NGR in Q4 would have been 21 percent higher when compared to the same period in 2014.

Analyst Eric Opara at Edison Investment Research told SBC News that the numbers reveal a company approaching its “game-changing acquisition” of bwin.party from a position of solid strength.

“GVC’s numbers are particularly impressive when set against the backdrop of significant currency depreciation in two of GVC’s most important markets: Turkey, where the lira is down circa 20 percent year-on-year versus the euro, and Brazil, where the real has been off by as much as 40 percent against the euro during the period,” he said.

The future certainly looks bright for GVC, as bwin.party reported last week that it had experienced a 5 percent year-on-year net revenue increase for Q4 2015, the first year-on-year quarterly growth for well over two years.

But online poker figures remain problematic, being the weakest link for both companies. Talk on the street is that GVC will merge its own poker brand, Paradise Poker, onto the Party Poker platform in an effort to stabilize and improve its product performance once the takeover is finalized.

Further synergies between GVC and bwin.party are likely to save the enlarged group hundreds of millions of dollars going forward.

Takeover to Complete at Start of February

“I am delighted to report yet another set of strong numbers as 2015 year ended very positively for GVC,” said Kenneth Alexander, chief executive of GVC Holdings. “The board and I would like to thank all our staff for their hard work and continued focus.

“With the shareholders of both GVC and bwin.party digital entertainment plc having voted overwhelmingly for the acquisition of bwin.party on 15 December 2015 and with completion expected on 1 February 2016, and the enlarged GVC Group expected to be admitted to the Main Market on 2 February 2016, we are enthusiastic to commence the integration of the businesses and to continue to drive shareholder value for investors in the enlarged group.”

I enjoyed playing on both PartyPoker and ParadisePoker before they ceased US operations . Even though I can no longer join the action , I’d hate to see them merged !