GVC Holdings Reportedly Drops Offering Down to $1.4 Billion for Bwin.party 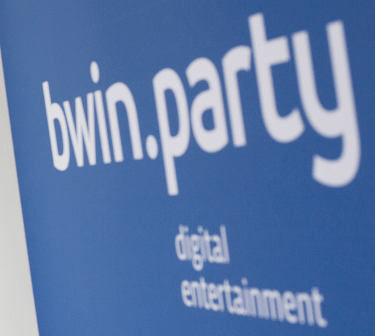 GVC Holdings has made a £900 million ($1.4 billion) bid for bwin.party, London’s Financial Times (FT) has reported.

The newspaper’s sources, referred to as “people familiar with the matter,” said that the GVC offer would value shares in bwin.party at around 110p ($1.69) each, and the deal would be offered with a combination of cash and stock.

In May, it was reported that GVC, backed by Amaya Inc, had launched a $1.7 billion bid for bwin.party. It is not known whether the $1.4 billion quoted by the FT this week represents a renegotiated figure or whether the initial figure was inaccurate.

Despite the new rumored bid being around $300 million lower than the previous rumored bid, the market reacted positively, with shares in bwin.party growing 0.4 percent.

“We are still engaged in discussions with bwin and can make no further comment,” a GVC spokesman told the FT.

GVC joined forces with Amaya in an attempt to trump the bid from 888 Holdings, which bid an undisclosed fee for bwin two months ago. The 888 offer was itself a reaction to GVC’s initial bid of three days earlier.

GVC has said that, should its offer be accepted, it would be a reverse takeover, with bwin.party’s market value estimated to be twice that of GVC.

Under the terms of the GVC / Amaya deal, GVC would own the majority of bwin.party, while Amaya would acquire the company’s ailing poker operations. Two years later, once GVC has restructured the assets, Amaya would then be given the option to buy the sports book from GVC.

Thus, the GVC deal would essentially break up bwin.party, while the 888 proposal would keep its various assets under one roof, at least for the time being.

GVC’s 2012 acquisition of Sportingbet adopted a similar structure. For that venture, GVC teamed up with William Hill, with the two companies creating a vehicle for a takeover that saw William Hill absorb Sportingbet’s Australian and Spanish operations, and GVC taking the sportsbook’s gray market business.

Bwin has been in negotiations over its future for over a year, with various suitors rumored to be involved in talks, but there had been few developments until May, when the bidding war suddenly escalated.

The company has underperformed since it was created by the merger of bwin and Party Gaming in 2011, failing to anticipate the scale of the mobile betting revolution while it devoted its time and resources into integrating the technology of two online gaming giants.

Two weeks ago it announced that it had completed the sale of the World Poker Tour to Hong Kong-listed Ourgame International Holdings Ltd for $35 million in cash. Bwin said the sale of WPT, as a non-core asset, would have no effect on the ongoing negotiations with GVC and 888.