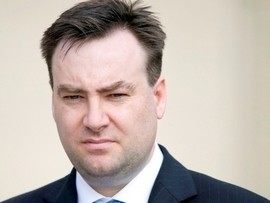 GVC Chief Exec Kenneth Alexander, who says his company is ready to do more deals, “something like” bwin.party, in fact. (Image: egrmagazine.com)

GVC Holdings, the owner of Sportingbet, has emerged as a possible suitor to bwin.party. The latter has been engaged in complex takeover talks with a number of mystery parties in recent months, and as GVC this week reports unstoppable growth since its acquisition of Sportingbet in 2012, it seems that further expansion may be in the cards.

Chief Executive Kenneth Alexander has said this week that the company was in talks for possible acquisitions and that “something like” bwin.party would be of interest.

Alexander was commenting on a record financial year for the group, which reported a net profit of €40.6m for 2014, including a net gaming revenue increase of 32 per cent to €224.8m.

“This is an exceptional performance and our growth continues in the broad spread of markets in which we operate,” said Alexander. “We control our costs very tightly, have highly motivated employees who have financial incentives aligned to shareholders and we are in a strong position to be a consolidator in the industry…GVC has never been in a stronger position and we look forward to 2015 and beyond with confidence.”

While a merger of Sportingbet and bwin.party would unite two European sports betting powerhouses, it would also bring together two faded online poker heavyweights, Party Poker and Sportingbet’s Paradise Poker, which begs the question whether both brands would survive, or whether one would be consumed by the other.

Launched in 1999, in the days of dial-up internet, Paradise was the second ever real-money online poker room, after Planet Poker. It quickly overcame Planet and was the market-leading online poker site for about four years, until it was eclipsed by Party Poker. In 2004 Sportingbet, then the biggest online gaming company in the world, acquired Paradise for $340 million.

Meanwhile, having gone from strength to strength Party Gaming went public on the London Stock Exchange in 2015, floating at a staggering £4.64 billion. Party’s share prices rocketed so that the value of the company exceeded $12 billion within a month.

However, UIEGA destroyed Party Poker. The company immediately withdrew from the US market, and its stock plunged irrevocably. Within 24 hours, the value of the company had decreased by 60 percent.

Today, bwin.party is an ailing online poker operation would be considered the less attractive asset in the ongoing takeover talks. Online poker was blamed for a loss after tax of €94 million across all operations during the first half of the 2014, with online poker declining by 25 percent in Italy, 9 percent in France and 2 percent in Spain.

Of course, a GVC takeover remains pure speculation, as does any news relating to the ongoing negotiations. In November it was reported that Amaya Gaming was lining up a $1.2 billion takeover of the company, which was said to be all but a “done deal.” Then bwin.party’s stock fell sharply earlier this year when it was reported that negotiations with all suitors had fallen apart, prompting the company to quash the rumors.