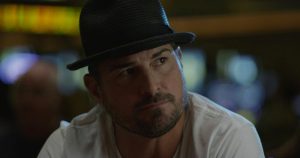 “Gutshot Straight” is Hollywood’s next bold attempt at making a movie focused on the game of poker, this time with Steven Seagal as a headliner. As one of the biggest money makers in the world, the film industry churns out hundreds of new movies a year. The stampede of sequels and reboots are often uninspired, yet they still rake in millions in the box office. Original ideas are hard to come by these days, but could “Gutshot Straight” set a new precedent for poker in film?

Movies will often become laser-focused on one subject to draw in as much of a single demographic as possible. Where one good movie about their passion is made, dozens of flops and imitators litter the field. After all, remaining moderately pure to the subject matter is hard when screen time is punctuated by explosions.

Shot to the Gut

Using the game of poker to drive its story, “Gutshot Straight” is set to release on September 1. The film is directed by Justin Steele, whose most recent work as a director is the television comedy “Keenan’s Crush”. Writing on the movie was done by Jerry Rapp, who is known for his work on “Mojave Phone Booth” and a series of shorts such as “Is it Time to Swap?” and “What to Do with Your Dead Hooker.” The film does share a name with a 2011 novel by Lou Berney, but the similarities end there.

While Steele and Rapp don’t appear to have a wealth of experience, “Gutshot Straight” looks to feature some relatively good star power. George Eads, who many will recognize from his fourteen years as Nick Stokes on “CSI: Crime Scene Investigation”, plays the starring role of Jack Daniel. Jack is a poker player with a bad gambling problem who makes bets, takes out loans, and owes people a lot of money.

Jack lives on the dangerous side, hoping to create a better life for his wife and daughter. A man named Duffy, played by “Avatar”‘s Stephen Lang, brings Jack deep into the gambling underworld with the promise of wealth and a dangerous proposition. To help him get out of trouble, Jack seeks the help of Steven Seagal as Paulie Trunks. Trunks is a loan shark wanting to collect on Jack’s poker debts and has definite interest in protecting his investment. AnnaLynne McCord, Ted Levine, Vinnie Jones and Tia Carrere round out the fairly recognizable cast.

“Gutshot Straight” isn’t the first poker film, nor will it be the last. However, any player hopes that the film performs better than 2013’s “Runner Runner”. Despite starring the likes of Ben Afleck and Justin Timberlake, the movie was panned by critics and fans alike. A chance to explore the dark underbelly of the online poker world took a backseat to making the film as much of a star-driven thriller as it could be.

Players eying “Gutshot Straight” with hope no doubt wish for it to live up to 1998’s “Rounders”. Matt Damon and Edward Norton brought the world of underground high-stakes poker to life. Rather than distance itself from the game, “Rounders” captured the spirit of poker.

Based off the almost quiet and sudden appearance of “Gutshot Straight”, it might have players a bit hesitant. The movie was screened last year and websites related to the film haven’t been updated since. A quick check on the film’s IMDb page shows a lack of poker personalities, so authenticity might be thin. Regardless, a few short weeks are all it will take for “Gutshot Straight” to live up to the poker legacy or fold under its weight.