Grosvenor’s GUKPT is bidding to break its own live tournament attendance record when it hosts the 2017 incarnation the Goliath. 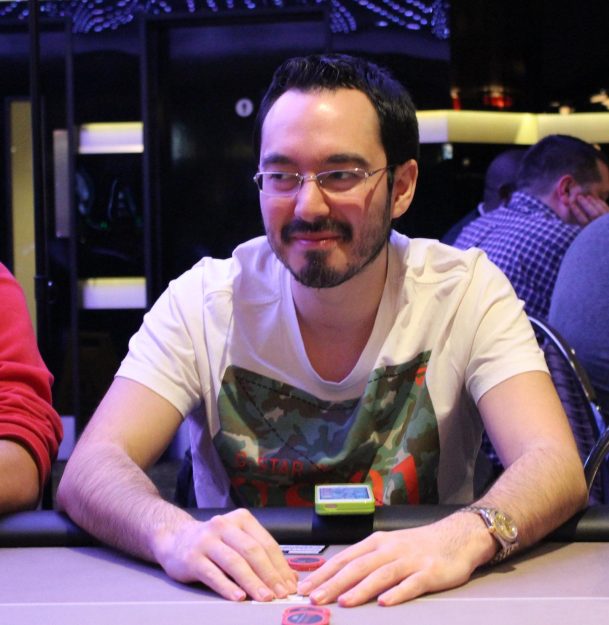 WSOP talker Will Kassouf could become part of a record breaking event when he joins the GUKPT’s Goliath. (Image: gentingcasino.com)

In the wake of a record-breaking World Series of Poker (WSOP) that saw multiple events host mammoth fields, the GUKPT is hoping for more of the same.

According to a press release sent out the by organizers of the GUKPT, the Goliath is already on track to collect more than 5,000 entries.

Joining the 2017 Goliath, which gets underway inside Grosvenor Casino Coventry on July 27, will be 2016 WSOP Main Event standout Will Kassouf.

The British pro caused a stir with his stalling tactics and speech play in the 2016 Main Event and the organizers will be hoping he brings the same amount of entertainment to the Goliath.

As well as bidding to break the record for the largest live poker tournament outside of Vegas, the GUKPT wants to put on a fun event for casual players.

With a small buy-in, online qualifiers and charismatic pros joining the mix, the GUKPT wants to show amateurs and newbies that quality poker events don’t have to be expensive.

Indeed, with John Hesp’s fourth place finish in this year’s WSOP Main Event buoying the British poker economy, numbers could easily be up in the 2017 Goliath.

Plenty of Reasons to Ante-Up

As well as the main event, the GUKPT festival will feature team events, a Joker is Wild tournament and limit cash games running around the clock. At this stage, the total number of entrants won’t be known until the registration and re-entry periods closes on August 4.

However, according to the early data, 5,000+ entries looks likely. If this proves to be the case, this year’s Goliath could beat the 5,232 entries collected in 2016 and, in the process, become the largest ever live event in Europe.

Given that the 2017 WSOP Main Event was the third most attended ever with 7,221 players paying the $10,000 entry fee, there’s a chance the Goliath could post another record.

Despite a few lean years on the live poker scene following the closer of online poker sites in the US 2011, the economy now appears to be stronger than ever.

Thanks to its low entry fee and guaranteed prizepool, the Goliath could be perfectly pitched to take advantage of this current state of affairs.