Hard-hitting David Haye has been back in training for his forthcoming battle with Grosvenor Casinos’ GUKPT Goliath but it seems the pressure could be getting to him. 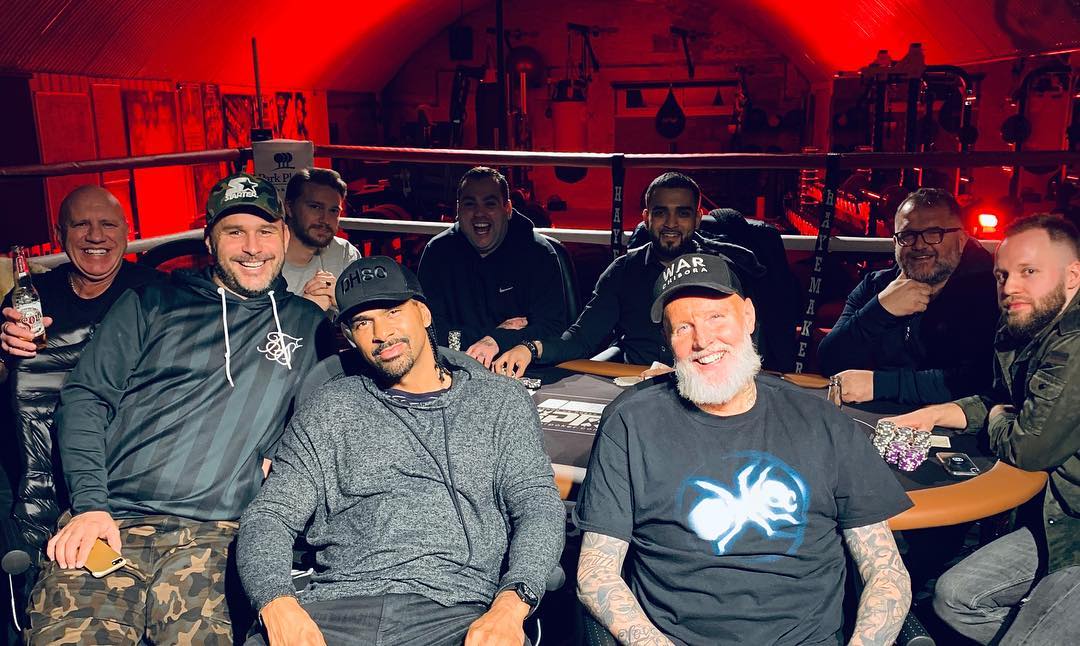 Despite faring better in his last outing, Haye still hasn’t made the second day of a live poker tournament, let alone win one. With just four month’s until he takes centerstage at GUKPT Goliath, tension is taking hold.

David is taking a jab at a new tactic…

Will this fish become a shark, or is he out of his depth? #DavidVsGoliath19 #WherePokerLives#ThursdayMotivation #ThursdayThoughts pic.twitter.com/huZjqkfEt8

In the latest video footage from Grosvenor Casinos, the retired boxer can be seen losing his cool. Struggling to digest the concepts, Haye admits he hasn’t understood a “f**king word” his coaches have said.

Struggling, the team subsequently came up with a new plan. As revealed in our exclusive interview with Grosvenor Casinos pro Jeff Kimber, Haye has started sparring with real opponents.

“I think we need to find a more productive way to get their knowledge into my head. The best way to learn something is learning on the job,” Haye explained during the March 21 update.

From Kimber, we know that Grosvenor gave their protégé a poker table which now takes pride of place in his London gym.

With everyone in agreement that home games are the way forward, the aspiring poker players feels he’s on the right track.

However, as you can see in the video clip above, it’s not been plain sailing. During his latest showdown, it was coach Kimber who sent Haye to the rail.

As he told us, the former knockout artist is struggling with his bet sizing. By making it “too cheap” in a blind vs. blind situation, Haye floored himself. 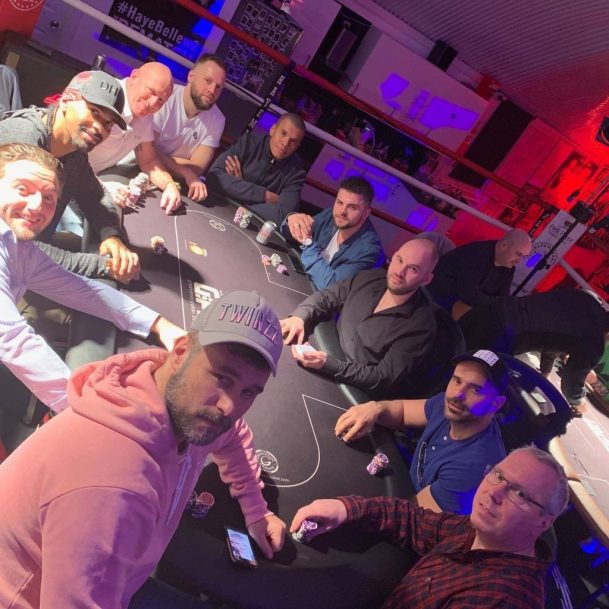 With more to learn, the home games have continued. On March 21, the man himself was at it again.

Posting highlights on Instagram, the clips show a much larger home game than before. With an extra table added to the mix, Haye is now taking on new challenges.

As well as friends, the latest showdown featured Grosvenor’s Joe Beevers (see above) and heavyweight boxer, Dereck Chisora (see below). 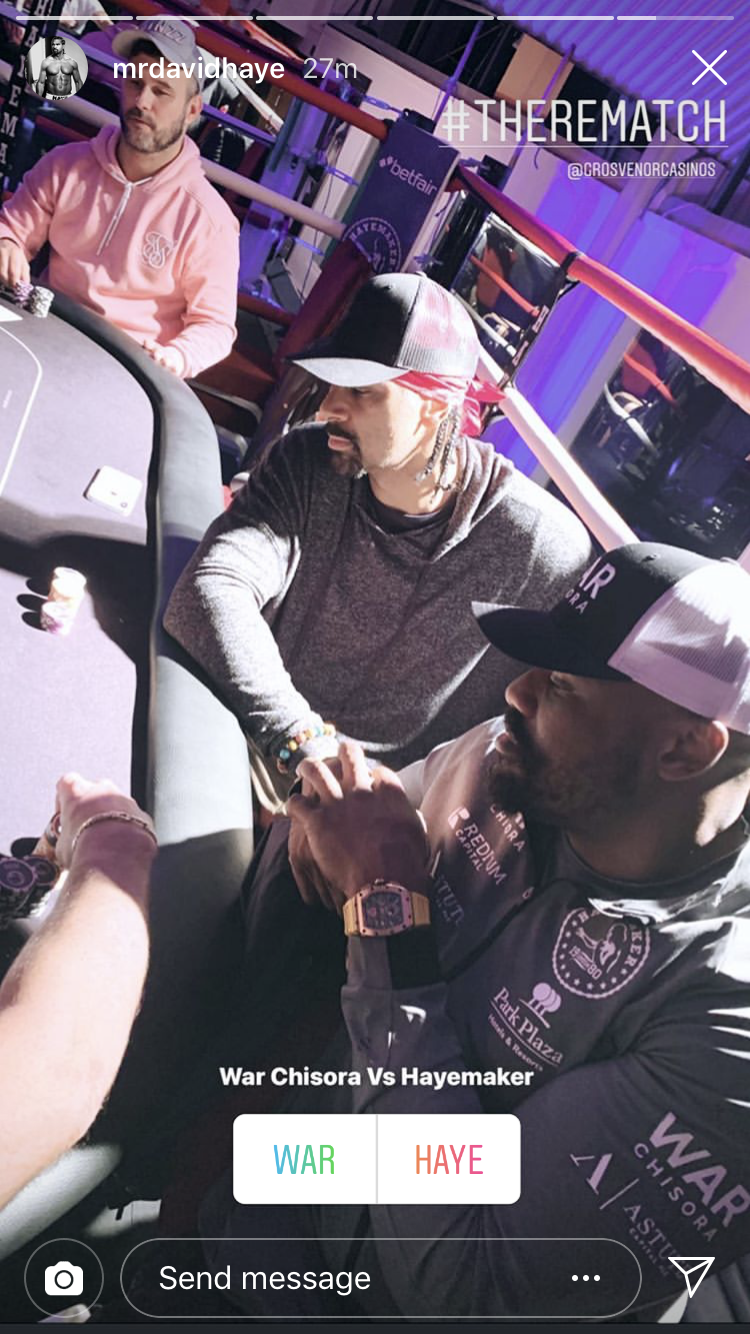 Haye and Chisora at it again. (Image: David Haye/Instagram)

Although he failed to publish the results of the home game, it’s clear Haye is developing a passion for poker, one that could turn him into a genuine threat at the felt.