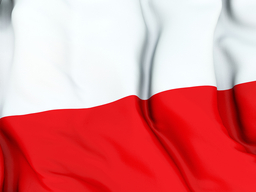 Poland’s strict gambling legislation might have opened the market up to online payment processors, but is losing the country millions in tax revenue. (Image: flags.redpixart.com)

Part of the charm in states and countries legalizing online gambling has to be the taxes. In a market where people bet billions of dollars, why wouldn’t the government want to see a little return? As great as a bonus revenue stream can be, some countries are adamant in how they limit the online market.

Poland has been notoriously fierce in their gambling restrictions over the past years. And despite offering some leverage, it looks as if those restrictions have lost the country millions in tax revenue.

A Game of Chance

In 2011, the Polish Gambling Act (PGA) was implemented to regulate and restrict the online gambling market for the country. With the PGA, online betting was allowed, but limited to only four operators who held licenses issued from the country. However, the PGA also completely prohibited online poker in the country.

Poland’s view that poker is a game of chance is a familiar one. And with that view, the country leaves online poker up to “grey market” operators. Speaking to PokerNews, DLA Piper Anna Wietrzyńska-Ciołkowska said that the restrictions are massively costing the country in tax revenue.

Losing Out on Taxes

Citing the Roland Berger report, Wietrzyńska-Ciołkowska estimates that Poland loses approximately PLN 600 million (approximately €142 million) in possible tax revenue. If allowed a Polish license, international betting operators would pay those figures in Poland. However, without a license, the country doesn’t see anything.

The Roland Berger report also estimated Poland’s online gambling market at PLN 4.9 billion (close to €1 billion). But the report also estimates that the four Polish operators under the PGA only account for nine percent of that amount. No estimates were given on the potential revenue for online poker.

Harsh restrictions might be costing the country in a big way, but Poland recently showed some flexibility. In October 2013, the PGA was amended to allow European Union-based companies to process gambling transactions. Late March saw payment processors such as Skrill and Neteller take advantage of the amendment.

The cashier options only apply to legally licensed sports and horse race betting sites. Before the change took place, only operators with a valid Polish license could transfer funds to and from Polish banks and financial institutions. Wietrzyńska-Ciołkowska felt the amendment was important because it made online betting safer for customers. It also puts some Polish policies in line with current online service trends.

Poland’s introduction of new online payment processors was seen as an answer to the European Union’s growing concerns over the country’s restrictions. European institutions felt that the PGA conflicted with treaties for the free movement of services within the European Union. Additionally, the European Union Commission began infringement proceedings against Poland in November 2013.

In response, the Polish government proposed further amendments to gambling laws that would expand online gambling while still excluding online poker. The amendment would allow gambling to go through a state-controlled monopoly. Wietrzyńska-Ciołkowska says the amendment permits another way to sell lottery tickets online. It would only apply to Totalizator Sportowy, the only institution allowed to take advantage of Poland’s monopoly on numerical lotteries.

Whether or not the European Union Commission would take issue with a Polish gambling monopoly is another question. Other gambling monopolies are in place in other countries, but concern has only been expressed over Poland’s number of restrictions. Wietrzyńska-Ciołkowska sees potential for online poker games against other players, but not against the operator to be permitted. She also believes that Poland will allow other European Union countries to apply for a Polish license. As for any other deregulation, Wietrzyńska-Ciołkowska expects nothing further unless Poland is forced by European Union law.

Why I live in this contury 🙁