The Green Bay Packers and Minnesota Vikings will face off in a game that could sink the playoff hopes of the loser on Sunday night, as the NFC North divisional rivals provide one of the few interesting matchups in a relatively weak slate of NFL games on Sunday. 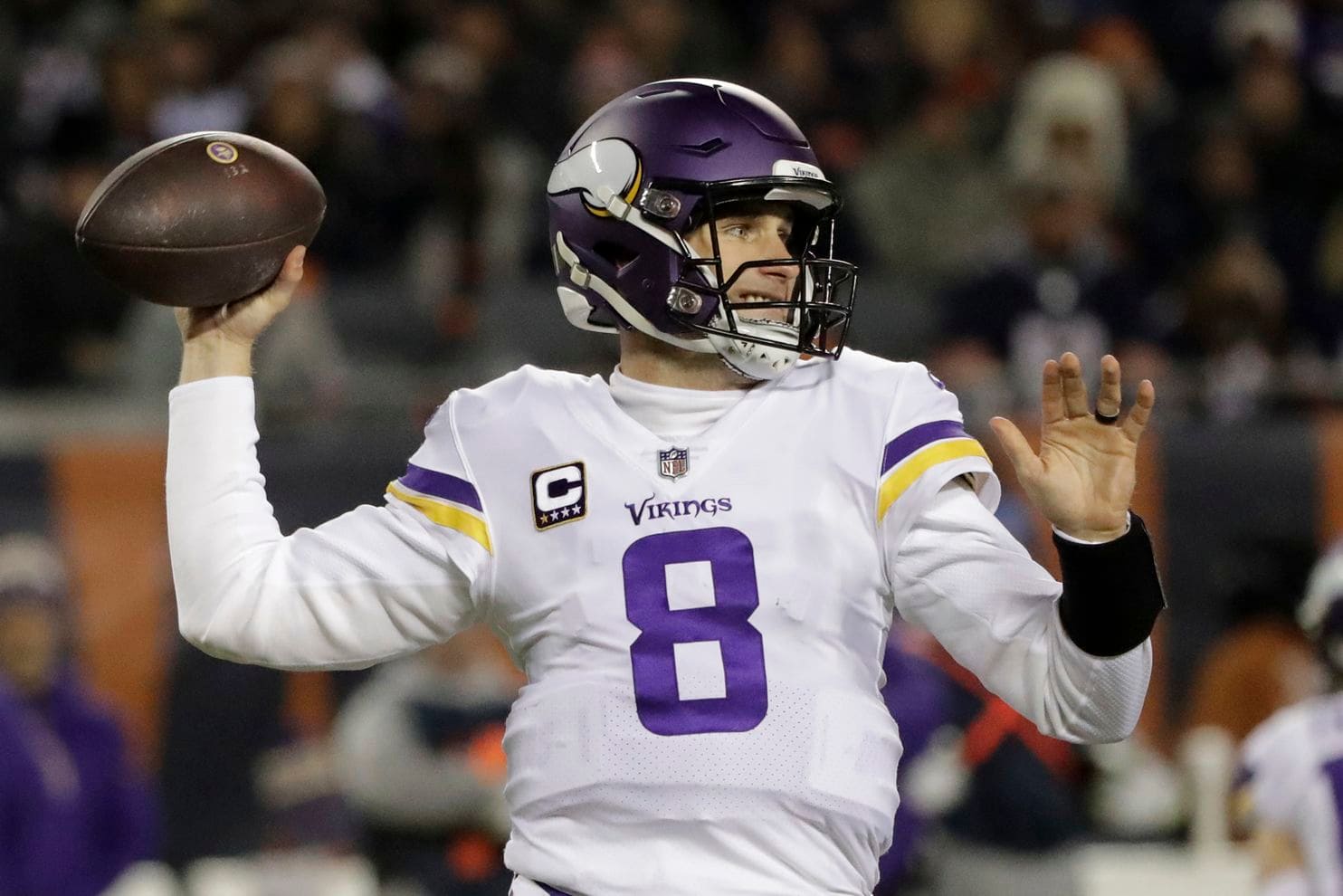 Kirk Cousins will try to turn around a struggling Minnesota Vikings offense when they face off against the Green Bay Packers on Sunday night. (Image: Nam Y. Huh/AP)

After a Thanksgiving feast of games that pitted rivals with playoff aspirations against each other, Sunday’s schedule looks relatively thin, with only two games featuring teams that both have at least .500 records.

Playoff Positioning at Stake on Sunday

The first of those matchups comes in the early group of games, as the Carolina Panthers (6-4) take on the Seattle Seahawks (5-5) at 1 pm Eastern.

If the season ended today, the Panthers would be in the playoffs as the first wild card team in the NFL, while the Seahawks would be on the outside looking in. A win by the Seahawks could reverse those positions, making this a critical contest for both teams.

Both teams feature a rarity in the modern NFL: potent rushing attacks. Seattle averages over 150 yards per game on the ground, while much of the Carolina offense runs through running back Christian McCaffrey, both on the ground and as a pass catcher.

With the game being played in Carolina, oddsmakers are giving the home team a slight advantage. The Westgate Las Vegas SuperBook has installed the Panthers as a three-point favorite over the visiting Seahawks.

The best game in the 4 pm Eastern window sees the Miami Dolphins (5-5) visit the surging Indianapolis Colts (5-5). The Colts are currently riding a four-game winning streak on the strength of quarterback Andrew Luck, who is once again showing the form that many thought would make him an all-time great when he joined the Colts as a rookie in 2012.

“He’s back,” running back Frank Gore told FOX 59. “I was checking him out early on and you could tell he was kind of timid. But now, man, he’s looking like that boy coming out of Stanford.”

The winner of the game between Miami and Indianapolis will put themselves in excellent position to grab a wild card spot in the AFC, with the Colts (-8) being listed as a solid favorite heading into the matchup.

Finally, Green Bay (4-5-1) will travel to Minnesota (5-4-1) to take on the Vikings in a rivalry game that has added importance for two squads fighting to stay in playoff contention.

Minnesota has struggled on offense at late, putting more pressure on quarterback Kirk Cousins, who the Vikings signed as a free agent to a guaranteed $84 million contract in the offseason.

“I’d like to think I’ll be a better quarterback come this Sunday and the rest of the season,” Cousins told reporters ahead of Sunday’s meeting with the Packers.

Minnesota is a 3.5-point favorite over Green Bay in the Sunday night game, which is a rematch of a Week 2 encounter that ended in a 29-29 tie.

Pack has to pretty much win out and have a bunch of things happen to even make a wildcard.