On November 29, the first-ever Global Poker League (GPL) Playoffs will take place in Las Vegas. The league will shift its format from online poker matches to live play until a champion emerges on December 1. 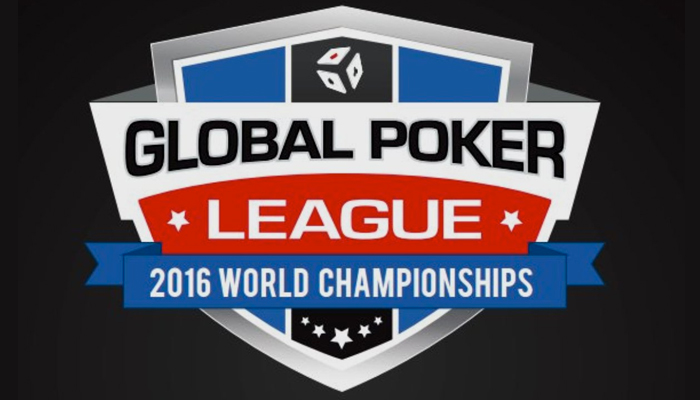 The Global Poker League Playoffs begin November 29 in Las Vegas, and will be live-streamed on the GPL website and Twitch.  (Image: GPL)

In case you haven’t paid much attention to the GPL’s inaugural season, the format has been similar to online poker sit ‘n go’s and heads-up matches. The main difference is, in an attempt to “sportify” poker, players don’t risk or win their own money. Instead, they are competing in a team format.

GPL players earn a salary, and teams accumulated points throughout the season based on performance. There are two separate conferences (GPL Americas and GPL Eurasia), each with six teams. Four teams have been eliminated, including the hometown Las Vegas Moneymakers, who will not be competing in the playoffs. That leaves eight teams, each hoping to be crowned the first-ever GPL champions.

The top teams in the league will have a huge advantage when the playoffs begin. In the first round, the top-seeded team from each conference faces the lowest-seeded team. The middle-seeded teams then face off. And the winner of the round moves on to the conference finals. The winners in that round then face off in the championship round.

The first two rounds will have a best-of-seven format. The first team to win four games advances. In the finals, play will resume until one team wins five games. We asked GPL commentator Eric Danis for an explanation on which players will compete for each team.

“Teams will alternate players each game during a match and all players must play in order for a player to play again. For example, if Olivier Busquet plays Game #2, he cannot play again until Game #4 (and can only play once between Games 4-6),” he said. “Teams will consist of three players and one alternate (the alternate can take the place of a player on a team at the start of a round only,” Danis told CardsChat.

What to Look For

The GPL features some of the best poker players in the world. There will be some intriguing matchups. Danis told CardsChat what he’s most excited to see.

“I really love the story behind the Moscow-London match. Moscow needed to beat Paris in the final match of the year in order to allow London to make the playoffs. Had Paris won, they would have clinched, and London would have been out … so it created the weird scenario where London fans would be cheering on Anatoly Filatov in that match,” the announcer said.

“Filatov ended up beating Alexandre Luneau and London were in. The best part is that Moscow now faces London in the first round, so Filatov beat Paris and now actually meet London in Round 1. I think that’s the most anticipated match – the fact that London was one of the favorites coming into the season, that’s another intriguing storyline as well,” Danis added.

You can catch the GPL Playoffs when they stream live on the Global Poker League website, as well as on Twitch. Matches begin on November 29 at 3 pm EST.