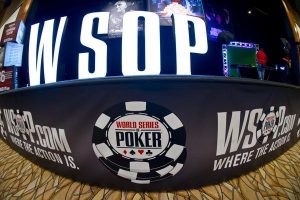 The WSOP and GPI will now work together to determine who the best player of the festival is. (Image: WSOP.com)

The World Series of Poker (WSOP) and the Global Poker Index (GPI) will work together this summer and for at least the next three to find out which player is the best overall performer of the Series.

Highlighted during the recent WSOP media conference call but confirmed via a press release last night, the new partnership will see the official WSOP Player of the Year duties handed over to the GPI and its secret formula.

The Evolution of the GPI

Initially devised by Federated Sports + Gaming, a company Annie Duke was involved with, the GPI was subsequently purchased by Alex Dreyfus who has turned the product into the venture it is today.

Although Dreyfus won’t explain how his team calculates the necessary performance points for each player, he does want to use the new partnership with the WSOP to further “sportify” poker.

Since taking control of the GPI, the Frenchman has consistently said that comprehensive player rankings are the key to legitimizing poker as a sport and this summer he will get to demonstrate that during industry’s biggest event.

To mark the partnership, the GPI will be hosting the WSOP POY data on its website and poker fans will be able to track each player’s performance throughout the Series.

As well as offering a ranking system, the GPI will be hosting the first WSOP POY party and a host of unique content via its own portal and the event’s official live stream.

For the player who wins the title, which is likely to be decided after the WSOP Europe in October, a one-of-a-kind trophy will be theirs to keep, as will a banner bearing their image in the Rio for the rest of time.

Greater Cohesion for the Industry

Beyond the immediate benefits of working alongside the WSOP, the GPI now has partnerships with every major poker tour, including the European Poker Tour (EPT), World Poker Tour (WPT) and the Asia Pacific Poker Tour (APPT).

The fact that every major tour is now using the same ranking formula means that both organizers and players have access to the same information. Moreover, the industry will have a greater cohesion and, therefore, legitimacy much like other sports such as the PGA and ATP.

In addition to providing statistical data, the GPI will also work with the WSOP to help promote the live tournament festival and forge new strategic business partnerships with major brands in North America and beyond.

“We are honored to have entered into this agreement with the WSOP and I am truly excited to develop several initiatives that will support the growth of the sport of poker,” said Alex Dreyfus of the GPI.