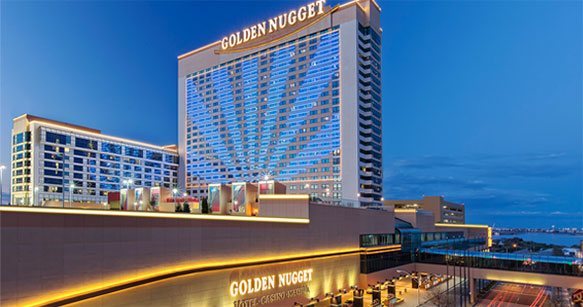 The Golden Nugget in Atlantic City will finally shut its free-play poker site as it concentrates on online casino games only in New Jersey. (Image: Golden Nugget)

It’s been coming for a while, but the Golden Nugget in Atlantic City has finally closed its free-play online poker website, effective this week.

The news comes as a blow for the Nugget’s New Jersey operations, at least on the poker side. Originally the casino had buddied up with Amaya to offer online poker to residents in the Garden State.

That deal never came to fruition, and with PokerStars now set to move into the New Jersey market and the world of regulated online poker, it’s the final kick in the teeth for one of the oldest casino chains in the country.

The Golden Nugget was to share liquidity with Betfair Poker New Jersey, but that real-cash online poker site shut down in 2014, citing poor numbers. The Nugget’s casino wing, meanwhile, goes from strength-to-strength.

The Garden State is in no position to support so many real-money poker rooms, and with 888/WSOP and bwin.party already present, the appearance of PokerStars on the horizon was the final nail in the Nugget coffin.

Left Behind In Poker

Despite Golden Nugget’s move to shut down all its online poker platforms, it will continue to offer purely casino game action against the house. New Jersey currently allows table games and slots to be played online legally, whereas Nevada provides for poker only for its Internet players.

New Jersey opened the doors to the first regulated online gaming sites back in November 2013. But of the Atlantic City casinos to be let in, the Nugget was left on the starting grid for regulation. The casino was ultimately cleared in mid-December 2013 to open its own iGaming website for Garden State residents.

Initially, the Golden Nugget’s casino website was powered by the might of Bally, with the gaming giant’s OnGame platform powering its poker output. The Nugget moved to NYX Gaming earlier this year. With that move, the writing was on the wall for its poker offering.

The shutdown comes the same week that PokerStars made its long-awaited return to the US market.

Amaya Inc. was given regulatory approval by the New Jersey Division of Gaming Enforcement (DGE) on September 30th, over four years since PokerStars’ US operation was unceremoniously shut down on Black Friday. A change of ownership at ‘Stars, with the Canadian giant taking over the poker room’s parent company Rational, has paved the way for the world’s biggest prodigal son to return.

Even an investigation into the way Amaya acquired the Rational Group hasn’t halted PokerStars’ progress.

It will be Resorts Casino Hotel in Atlantic City, not the Golden Nugget, that will enjoy the fruits of Amaya’s labor, and it will be interesting to see how PartyPoker and 888, both already present in an online capacity in New Jersey, will react.

“We are very pleased to add New Jersey to the long list of regulated markets that have found PokerStars and Full Tilt suitable to offer real-money online gaming,” Amaya CEO David Baazov said in a statement this week.

“I want to thank the DGE for their thorough and fair review of our business. We look forward to bringing our popular brands, innovative technology, marketing prowess and world-class security and game integrity to the growing New Jersey online gaming market. We anticipate providing additional details of our launch plans in the near future.”

REOPEN THE TAJ I AM RUNNING OUT OF COMPED ROOMS