The Vegas Golden Knights still have some work to do before winning their first NHL championship. But if Monday night was any indication, there’s good reason to think they can bring home a Stanley Cup. 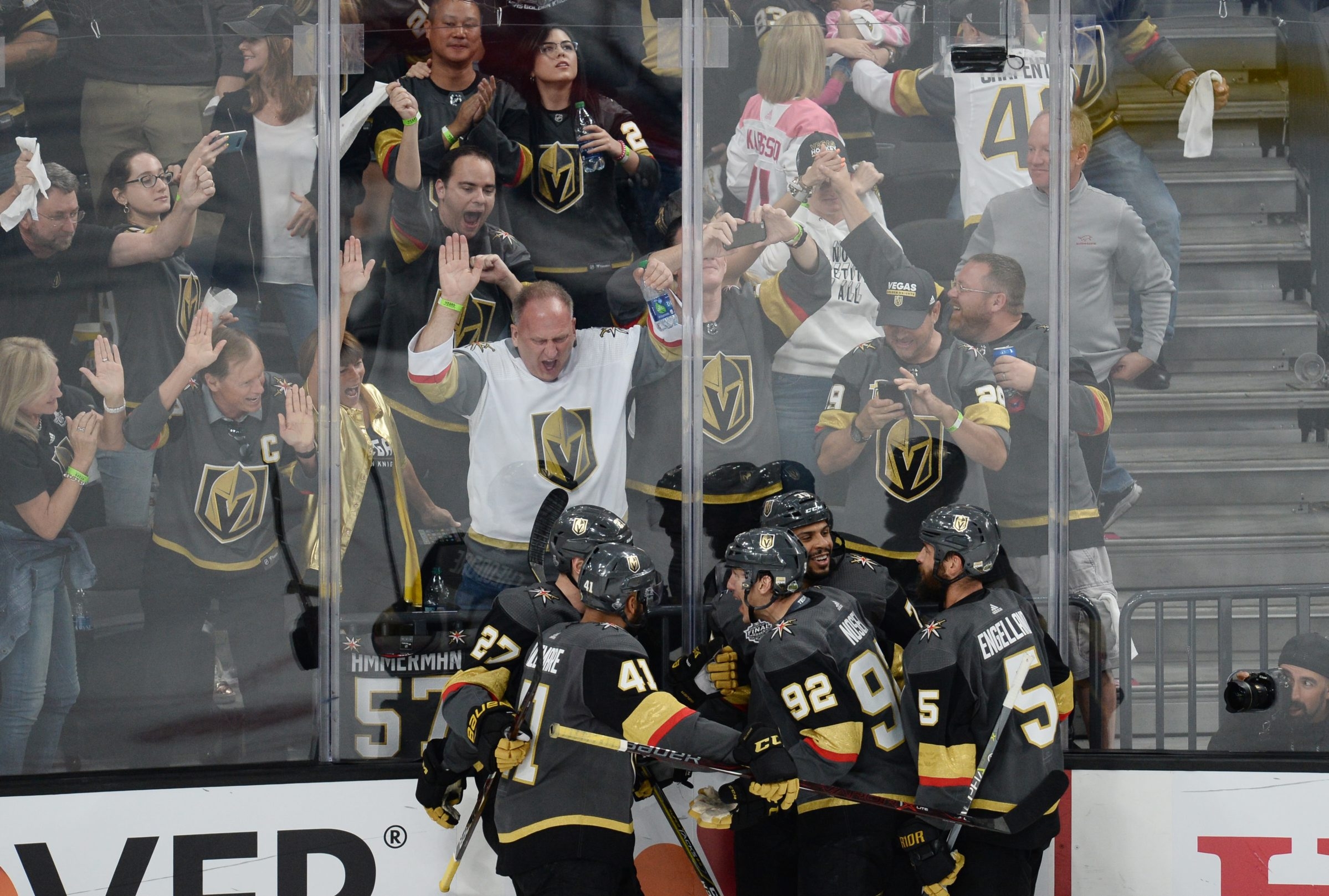 The Vegas Golden Knights celebrate after winger Tomas Nosek scores a goal in the third period of Game 1 of the 2018 Stanley Cup final. (Image: Gary A. Vasquez/USA TODAY Sports)

The Golden Knights earned a 6-4 victory over the Washington Capitals in Game 1 of the Stanley Cup Final, taking the early edge in the series.

The game was a wild back-and-forth affair, with the lead changing hands four times, a Final record. The scoring opened with a power play goal for Vegas’ Colin Miller, part of a four-goal first period that saw the score tied 2-2 heading into the first intermission.

After the teams traded goals in the second period, Tom Wilson put the Capitals ahead 4-3 just over a minute into the third.

That’s when the fourth line of the Golden Knights took over the game. Ryan Reaves scored his second goal of the playoffs about 90 seconds later, tying the game at four. Then, with just over 10 minutes left to play, Tomas Nosek gave Vegas the lead for good. Nosek would add an empty netter with seconds remaining to give the Knights their two-goal margin of victory.

“I like where I am,” Reaves said after the game, speaking of his unglamorous position on what most teams regard as a checking line. “I like my linemates. I’m not a first-liner. I’ve always been a goal scorer. Just on the fourth line.”

One of the biggest surprises was the 10 goals the teams combined to score, especially with how goaltenders Marc-Andre Fleury and Braden Holtby have been playing this postseason. But the goalies weren’t the issue, as both made several great saves. Instead, both teams were getting a multitude of great scoring opportunities, with both netminders standing on their heads at times to keep their respective teams in the game.

We’re a good defensive group, but we weren’t tonight,” Golden Knights forward Jonathan Marchessault said after the win. “We need to be faster in the defensive zone. We’re going to fix that in our game.”

While both teams in the Stanley Cup Final have compelling storylines, there’s no doubt where the loyalty of the poker community lies. Many top professional poker players have expressed their love of the Golden Knights, and you might even see some familiar faces in the crowd for their home games.

For Game 1, that included Erik Seidel, who sat right behind the glass at ice level. Seidel reported on Twitter that he was offered the tickets on one condition – that he dress up like Elvis, which he did, alongside several other fans.

“I love this town,” Seidel tweeted.

One of the biggest supporters of hockey in Las Vegas has been Daniel Negreanu. He may have been busy playing in the Super High Roller Bowl at the Aria, but he made sure to tweet out a pregame prediction that the Golden Knights would win 4-3.

Negreanu, who played a role in helping bring an NHL team to Las Vegas, also told the Las Vegas Review-Journal that the Golden Knights would win the series four games to one.

“I’d be surprised if Washington can win two games and I’d be thoroughly shocked if they can beat Vegas in this series,” Negrenau told the newspaper.

The Game 1 victory has solidified Vegas’ position as the favorite in the series. According to Betfred, the Golden Knights are now a 4/9 pick to win the Stanley Cup, with the Capitals listed at 7/4.

Vegas showed itself very well in the pre-start Cup games. and now this new team has knocked out all the strongest opponents. I watched these games they are great fun. although I prefer Washington.

Very competitive game. Caps were lucky to score their 4th goal, as Fleury kicked the puck into his own net. Vegas played their usual aggressive, fast game…Will be tough to beat.