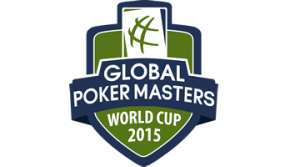 The inaugural Global Poker Masters (GPM) World Cup 2015, the brainchild of Alex Dreyfus and the Global Poker Index (GPI), will get underway this weekend with 40 of the finest poker players in the world out to represent their countries.

CardsChat is a media partner in the event.

Seasoned MTT pros hailing from the UK, US, France, Canada, Germany, Russia, Italy and Ukraine will converge on the Hilton Portomoaso in Malta this Saturday for two days of poker action.

Participating nations were chosen through the GPI’s MTT ranking system, and each team consists of five of the top-ranked native MTT players.

Day 1 will consist of a random draw and a series of single table tournaments. After five rounds of action, the point totals for each team will be tallied up to determine the team to be eliminated. Following the demise of the eighth- ranked team, the remaining seven teams will be seeded according to their first-round performances, with the leading nation automatically given a place in the semi-finals.

Currently leading the betting on a number of established sports betting sites is Canada at 5/2. However, the likes of Sorel Mizzi and Jonathan Duhamel will have their work cut out if they’re going to overcome a tough side from the US.

According to the bookies, Dan Smith, Isaac Haxton, and Bryn Kenney are good enough to command a 3/1 market price.

Although the concept of a World Cup-style poker event is not entirely new (PokerStars has its own “World Cup”), the time and effort that Alex Dreyfus and his team have put into this event means the bar of expectation has been set extremely high.

A string of media partners, including CardsChat, have been drafted in to support the event, as has the poker industry’s latest supporter: Twitch TV. The live streaming platform will support broadcasts of the event in five different languages.

Set to air in Russian, French, German, Italian and English, the Global Poker Masters streams will go live ahead of the player introductions at 11:30am CET.

As well as providing a stream for seasoned poker fans, Dreyfus has managed to strike a deal with Twitch, which means the broadcasts will be accessible from the site’s homepage. This will be the first time Twitch has done something like this for poker, and it’s expected to generate one of the largest audiences for a poker stream in the game’s history.

Overall, the Global Poker Masters is the next step in the GPI’s mission to “sportify” poker, and that’s the reason Dreyfus believes this weekend’s event will be a success, as he told PokerNews in a recent interview.

“If we really want to promote poker as a sport, we need an international competition like this one. We need something that gives the best players and the best countries the right exposure. With our initiative, we are creating another reason for the industry and mainstream media to keep talking about poker,” said Dreyfus.

Get behind your nation and the following players this weekend: