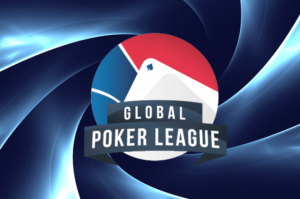 The Global Poker League heads into its 3rd week of existence with some exciting matches. (Image: PokerNews)

The Global Poker League has been one of the hottest topics in the poker world recently. The recently established league has now completed two weeks of competition and heads into its third week of matches beginning on Tuesday at noon EST.

A Look at the Standings

Max Pescatori and Felipe Mojave will be feeling the most pressure on Tuesday. Their respective teams sit dead last in the GPL standings. Another poor week could dig their squads a hole too deep to get out of.

On the flip side, the pressure won’t be on Mike McDonald or Fabrice Soulier. Their teams sit atop the standings. McDonald’s Nationals hold a four-point edge over the Rounders in the Americas conference. Soulier’s Aviators top the Eurasia conference by seven points over the Stars.

Hong Kong was in first place with 18 points after the first week but was unable to sustain the success last week, scoring just five points.

At this point in the season, all teams are within striking range of first place. After all, this is a game of poker where a little thing called variance creates many ups and downs. So even though Sao Paulo faces a 16-point deficit, they aren’t down and out. Yet.

On the favorite day of the year for potheads, 4/20, the heads-up play will begin. The Eurasia conference will have a trio of matches, one after the other, starting at noon EST. The Americas conference will do the same the following day.

Each heads-up match is worth three points and players compete in three consecutive matches against the same opponent.  First up is Brian Rast (Berlin) against Weiyi Zhang (Hong Kong). Then, Igor Kurganov (London) and George Danzer (Paris) will meet. The day will conclude with Timothy Adams (Rome) versus Sergey Lebedev (Moscow).

On Thursday, Joao Bauer (Sao Paulo) and Jonathan Little (Las Vegas) will get the party started. Eugene Katchalov (Los Angeles) and Jonathan Jaffe (San Francisco) will be up next. And then Bryn Kenney (New York) and Pascal Lefrancois (Montreal) will wrap up the third week of the Global Poker League.

Many crucial and intriguing matches will take place this week.