The Global Poker League (GPL) hasn’t even begun, but the poker world is buzzing about this new concept, which very well could inject some excitement into the game. Players were drafted last month, but team managers have been adding Wild Card players to their respective teams since. 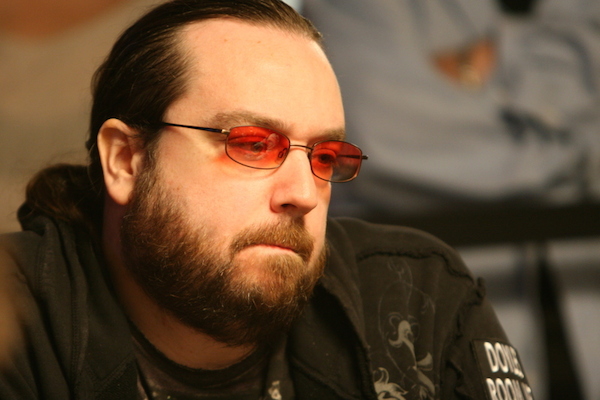 Todd Brunson was one of eight Wild Cards selected so far to compete in the Global Poker League. He will play for the Rome Emperors, which seems fitting, given his royal poker lineage.   (Image: WPTBootcamp.com)

But he has a tall task, competing against established sports leagues such as MLB and the National Football League in America, along with other prominent international sports leagues.

There is no denying the fact that the GPL is receiving plenty of hype within the poker community. And with less than a week before the start of the inaugural season, the founder has announced the commentators.

Sam Grafton and Griffin Benger will be on the mic live on Twitch for every GPL game. These are two of the most accomplished online poker players in the game today. Grafton has accumulated more than $4 million in winnings online, and over $480,000 in live poker tournaments. Benger has fared even better, surpassing $6 million online and $2 million live.

The talented duo will broadcast live every Tuesday and Wednesday at noon EST and at 1 pm EST on Thursdays. You can expect expert analysis of every play from this seasoned pair of hosts.

Each of the 12 teams initially drafted four players. The team managers were then given an opportunity to select two additional players. Thus far, just four teams have announced their Wild Card selections.

The Paris Aviators, managed by Fabrice Soulier, chose himself and high stakes pro Alexandre “Alexmoon” Luneau. Team managers are allowed to make a self-selection. Luneau is a hometown choice for the Aviators.

Anatoly Filatov picked himself and the Ukrainian Igor Yaroshevsky for the Moscow Wolverines. Filatov explained his selection in a video posted on YouTube.

“He’s smart, he’s tough, and he’s number one in Ukraine,” the team manager said of Yaroshevsky.

The Wild Card selections of the above teams may not be household names to casual poker players. But the next two teams went a different route.

Max Pescatori, as expected, chose himself for one of the Wild Card slots, but not everyone might have anticipated his second pick of Todd Brunson.

Brunson will be one of the few players in the league that were part of the poker boom a decade ago. He is, of course, the offspring of the legendary Doyle Brunson. He still plays in high stakes cash games, and is ranked 123rd on the Hendon Mob all-time US money list, with over $4 million in live tournament cashes.

Todd’s last substantial scoop was in July 2014, where he took second in the WSOP $10K Stud event for almost $166,000. He’s had some nice finishes since, but most have paid in the four digits only, and none paid off six figures.

Pescatori and Brunson are close friends, which is likely one of the main reasons for this decision.