The much-anticipated Global Poker League (GPL) Opening Day came and went on Tuesday with some interesting moments. The response on Twitter from the poker community was mixed. Some aren’t down with the league, while others expressed excitement over the new “sportified” concept. 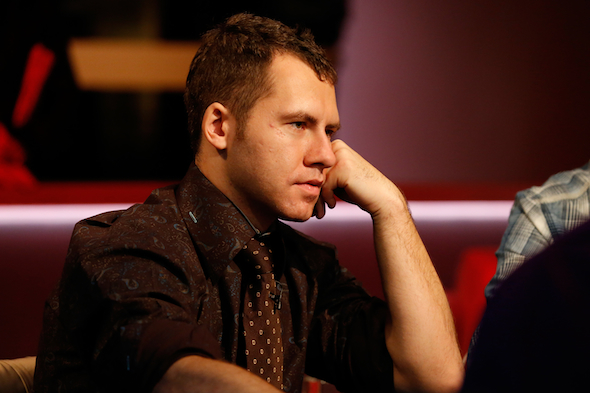 Dan “jungleman” Cates had a rough Global Poker League Opening Day, drawing derision on Twitter for not having his head in the game.  (Image: pokertube.com)

Dan “jungleman” Cates had the biggest gaffe of the day. He misread his hand, at least in part due to being simultaneously focused on an online cash game he was playing.

“I’m sure your team is glad you gave it your all,” a Twitter follower sarcastically responded to Cates’ post on the matter. Another poster added some more sarcasm by saying, “good to see players are taking the GPL seriously.”

Cates called off all his chips on an all-in with a weak hand, costing his team, the Berlin Bears, points. After two six-player matches, Berlin finished with not a single point, placing them last in the GPL Eurasia conference.

Moneymakers Shake It Up

Berlin wasn’t the only team that got off to a less-than-amazing start. The San Francisco Rush of the GPL Americas conference also has a bagel.

It wasn’t doom and gloom on GPL Day One for every team, however. Four teams ended the day more than satisfied, including the Las Vegas Moneymakers.

Getting off to a good start doesn’t guarantee anything, as Donald Trump can tell you these days, and neither does a bad start. But a strong Day One performance certainly puts Paris, Las Vegas, and New York in optimal positions.

Neymar, a soccer star and PokerStars ambassador, gave a pep talk to his local GPL team, the Sao Paulo Metropolitans. It didn’t do much good, though, as Sao Paulo got off to a rocky start, scoring just four points.

Many Twitter commentators posted some harsh criticisms of the league following its debut. One frustration had to do with the Twitch live stream itself. On multiple occasions, the feed froze up, causing some viewers to ultimately just turn it off.

Alex Dreyfus, the league’s founder, pulled off a strong marketing campaign over the past year to generate interest in the league. But one thing he didn’t convey to potential viewers was the game play format. That led to some “what the heck is this” responses on Twitter, once everyone discovered the matches take place online.

Many fans anticipated a live poker match similar to the Premier League or National Heads-Up Poker Championship. Those expecting this type of format were probably confused and disappointed. The Global Poker League matches are online until much later in the season, when they will move to the live and much-touted “Cube” format.

In case you aren’t sure exactly how the GPL operates, the video below lays it all out for you in living color.

I’m guessing the reason the matches are online is the GPL doesn’t have the money to fly everyone to a studio to play live. They should have been forthcoming about this….they’ve mislead the ‘fans’ as they advertised an ‘exciting’ cube format and that’s what people were expecting.

This isn’t going to take off. People aren’t going to log into a laggy twitch feed to watch an online poker game of play money. It’s just not exciting enough. The reason poker took off during the boom was twofold:

1. Watching a poker game as people played for big money.
2. The personalities of the players.

I hate to be so negative because I love the idea of a poker league. There is potential if done properly but I don’t see it growing in the current format.

They have to stick with it though if they want it to work. It took years and years for the NFL to gain the steam they did in the 80’s to become the giant that it is. Most players back in the beginning were playing for ‘play money’ so to speak because the NFL wasnt worth a dime. You would make more money being a waiter, and never get a head trauma with the leather helmets they had (or times when there were no helmets) This will take time, but unfortunately in the society we live in today, time is not to be had (the tv show CHEERS was a flop the first two years, then became one of the best tv shows in history – nowadays a tv show will be cancelled after a few months (maybe even weeks) if no one watches right away.)