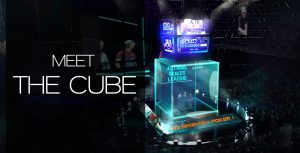 Alex Dreyfus gives his verdict on the inaugural GPL Summer Series and promises more innovations in the future. (Image: www.globalpokerleague.com)

The Global Poker League’s (GPL) inaugural Summer Series is in the books and while a few things didn’t go according to plan, Alex Dreyfus was happy with how it turned out.

Writing on his Facebook account on July 7, Dreyfus stated that he was largely happy with how things went and was particularly pleased the Breaking Bad star Aaron Paul entered The Cube to play.

In total the series generated more than 250 hours of content that’s since been viewed by 500,000+ people.

For Dreyfus, this is clearly just the start of what’s to come, but the fact he got the “cameras rolling” was certainly something that helped put a lot of early skepticism to rest.

However, in among the positives, Dreyfus noted a number of teething problems that hampered the impact of the event. Aside from missing out on a few monetization opportunities such as a merchandise store and mobile app, Dreyfus felt that the development of personal narratives needs to improve.

“Our efforts to focus on creating new characters in the game and building-up these personalities within the GPL are on-going, but not as evolved in the sense of creating WWE-esque narratives as we’d like them,” wrote Dreyfus.

Ever the innovator, Alex Dreyfus is looking to learn from this first series and he’s already planning to release revamped versions of the GPL website and mobile app.

Moreover, he’s also looking to create more interaction with players over the coming months in a bid to make the GPL as much of a community product as possible.

In response to the opening season, pros and fans alike appear to be in favor of the GPL Cube. Designed to create more drama and provide more insights into the action, The Cube was initially seen as a novel concept by some, but it appears to have won over a number of Twitter users.

@JeffScheid – Could @alex_dreyfus & @gpl follow the same success as @UFC & @WSOP with #poker showdowns in “The Cube?”#rjnow

Although the GPL still has a way to before it becomes a hit outside of the poker community, the seeds have certainly been planted which means there’s every chance it can “sportify” poker in the way Dreyfus hopes.

What a joke. Of course the people playing it are going to pretend to like it. Duh.