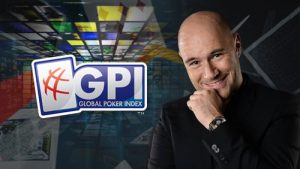 Alex Dreyfus, whose Global Poker Index has been accused of attaching too much importance to buy-in levels in its scoring calculations. (Image: calvinayre.com)

The Global Poker Index has announced significant tweaks to its Player of the Year scoring system. As the WSOP reaches full throttle in Vegas, the GPI’s formula will once again be determining the top player over the course of the festival, but Player of the Year formulas are tricky things to get right.

Relying too heavily on one multiplier over another, such as buy-in over field size, for example, may skew results in favor of a certain kind of player, and as such will always be a point of contention.

After taking in feedback from players and media, GPI says it hopes its new scoring system will achieve a better, fairer balance. GPI has been accused of placing too much emphasis on buy-in amount, which means its overall World Poker Rankings are often dominated by high-roller players, who while playing the highest stakes on earth are dominating relatively small field sizes.

The problem is that tournaments come in all shapes and sizes, which is what makes finding balance difficult. As flushdraw.net noted this week, min-cashers at the WSOP 2016 Main Event were awarded more GPI points than Cord Garcia, who won the Colossus. In effect, the guy who finished in 1,000th place in the $10k Main got more kudos than the guy who came first in a 22,374-field $560 buy-in event.

Thus, key GPI tweaks will include adjustments to points awarded on the basis of field-size, buy-in and finishing position. Points will now be awarded for events with buy-in levels of under $1,500, while tournaments will have to have field sizes greater than 32 to qualify, upping the previous threshold of 21.

“We have spent nearly a year reviewing our scoring system and we’re confident that we’ve made the necessary adjustments in order to ensure that important points can be scored at any buy-in” said Eric Danis, GPI Head of Poker Content. “When the GPI scoring system was first introduced five years ago, it did not include points for any events with a buy-in under $1,500. With the GPI now including all events, an adjustment was necessary.”

The GPI forms part of Alex Dreyfus master plan to “sportify” poker, and therefore the authority and credibility of the system and its ability to fairly evaluate poker prowess are paramount.

The new scoring system will be in place for this year’s WSOP Player of the Year Race and will be applied to the GPI World Poker Rankings tables as of January 1, 2017.