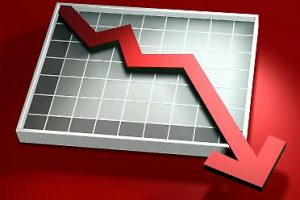 The global online poker market is down 13 percent from this time last year, according to the latest traffic report from industry observers PokerScout.com. In an assessment that will make for uneasy reading for the industry, PokerScout noted that online poker’s expected bounce back following the World Cup has failed to materialize, and actually fell by 2 percent more across the major sites in the week following the final. Among the top 10 sites and networks, decliners outnumbered advancers 9-1.

The industry is used to a slight drop in traffic in the summer months; seasonal dips in online gaming occur worldwide, because, simply put, the hotter it gets, the less people stay indoors to gamble, but the year-on-year drop is alarming for 2014 so far.

Furthermore, PokerScout noted that Saturday, July 20 broke multi-year records for low liquidity and that PokerStars’ peak traffic hit its lowest level since Christmas Eve of 2008. Christmas and New Year’s are traditionally the worst traffic days of the year and PokerScout speculates that many Europeans delayed their vacations until after the World Cup and have now disappeared abroad en masse.

It’s certainly worrying for Europe, where “dot-country” jurisdictions such as France, Spain and Italy continue to strangle their own markets by refusing to share liquidity and by taxing operators at high rates. French gaming regulator ARJEL president Charles Coppolani recently declared that poker is a “fad” that is “over,” and declared the online poker market to be “mature.”

Meanwhile, ARJEL released a report that revealed that, during the first quarter of 2014, 12 percent fewer new online poker accounts had been created than in the corresponding quarter of 2013, continuing a downward trend that started in 2011, the year that the country chose to regulate and ring-fence online poker. We’ve talked about the “stagnation” of online poker in Europe for a number of years, but now it appears to be in rapid decline.

Over in the US, however, things aren’t looking too bad for New Jersey. While revenue from online poker is still far short of pre-regulation projections, the state bucked the global trend and continued its cautious recovery; this, despite market leader Party Borgata experiencing, at one point, its lowest peak player count since its launch in November 2013.

Nevada, meanwhile, which enjoyed a temporary boost to its traffic during this summer’s WSOP, has now returned to pre-WSOP liquidity levels, as expected, while Delaware was in freefall. The latest report from the Delaware Lottery says that online poker revenue fell by an unprecedented 55 percent during the month of June. This has been attributed to the seasonal trends and the migration of the state’s poker players to Las Vegas during the World Series of Poker.

The recent news that Nevada has approved a system that will facilitate player pool-sharing, first within the state, and then between Nevada and Delaware and possibly other states thereafter, is an indication that the new US markets realize that interstate liquidity is vital to the long-term success of online poker. Europe would do well to take note.