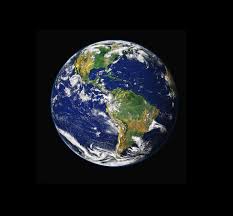 Traffic across all sites has taken a dip. In the short-term, the WSOP doesn’t help, but is it more about the weather? (Image: economic voice.com

Online poker traffic across all online poker networks is collectively down 16 percent, year on year, according to industry number crunchers PokerScout.com.

Global poker liquidity fell by 3 percent over the preceding week, the site said, representing the ninth consecutive week of decline.

While week-on-week the pinch has been felt by eight of the top ten market-leading poker sites, there has been no movement in the top ten.

PartyPoker.com, though, once the mightiest of them all, has lost ground of late, and now holds onto its fifth-place in the overall market share with a very tenuous grip, challenged by PokerStars.it, the ring-fenced Italian PokerStars client.

At the time of writing, both sites are showing an identical seven-day average of 1,150 players apiece.

Bwin.party migrated Partypoker France to its new software platform around a year ago, along with all its other French brands, so that they now share the same consolidated player pool.

PartyPoker.com, meanwhile, has fallen 31 percent on the year, according to recent figures.

In fact, of the top ten performing online poker sites, globally, five are owned by Amaya Inc, illustrating the complete stranglehold the Canadian company now has on the market.

PokerStars.com, of course, remains way out in front with almost seven times the traffic, on average, of its closest competitor, 888.com.

Of the top ten, the only site serving the US gray market is Bodog.com, which refuses to share its data with PokerScout, but has an estimated seven-day average of 1,600 to put it in third place, just in front of the iPoker Network.

While the World Series of Poker may be good for liquidity at WSOP.com Nevada, PokerScout points out that it sucks for the rest of the world, as online poker’s high volume players descend on Vegas for the world championships, which may explain at least the short-term decline.

“Last year, cash game traffic among the world’s 10 most popular operators dipped 12 percent from the onset of the Series to its conclusion seven weeks later,” said the site. “Taken at face value, that statistic suggests that the Series is the culprit behind the industry downtrend.”

However, the most likely reason for the dip is probably the weather, speculates the site. While the emergence of warmer weather drives people out into the open and away from their computers, PokerScout notes that liquidity appears to climb upwards again in late summer.

“The weather, not the calendar, may actually be the dominant factor that drives online poker traffic,” it theorized. “Consider that, in 2015, the seven weeks from early April to late May brought a more significant liquidity dip (14 percent) than the seven weeks of the 2014 WSOP.

“Not coincidentally, this period also marks the most significant climate change. It’s conceivable that by July, the oppressive heat begins to draw players to air conditioned rooms, and by extension, back to their computers.”