If you’re stuck at home because of the coronavirus lockdown, you’re probably playing more online poker than ever (be it via apps, sites, or even Zoom). And if you’re new to the virtual poker scene — or simply want to sharpen your skills — then you’re going to want to pay attention to one huge tell: timing. 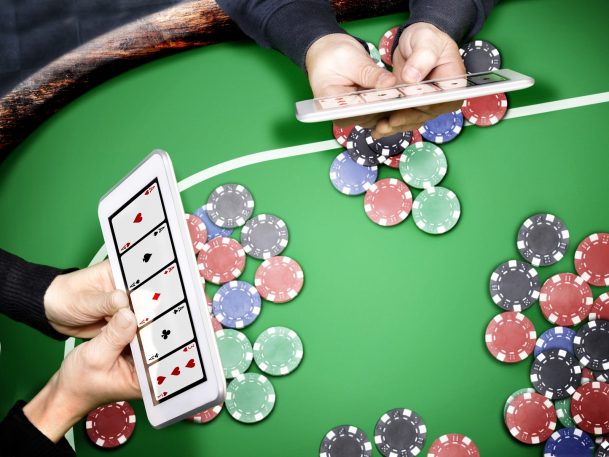 The speed at which your opponents act online can tell you a lot about what type of player they are. (Image: Canva)

(Or, as Bart Hanson likes to say, “bet-pacing.” For all you jargon junkies out there.)

What does it mean when…

Someone takes forever before checking the flop?

If someone called your preflop raise and is taking an inordinately long amount of time to act before checking, then they are much more likely to have a weak hand.

Online poker tells — even with faceless opponents or kooky avatars — aren’t all that different from live ones.

Some people will aggressively grab chips to make it seem like they’re ready to call any bet of yours as a way to posture and intimidate. Or they’ll say, “slow down!” and “not too much!” to try and buy a free card. Could you imagine someone calling out, “easy there!” when they have a set? It just doesn’t happen.

The golden rule of poker tells is strong means weak, at brick-and-mortar casinos or otherwise. Usually, people try and act meek (i.e., an instant check) with big hands like trips, and the same applies to online play.

Personally, I mostly see players try and slow me down if they defended their big blind to my raise, and “fake tank” before checking the flop. This is almost always a weak hand they’re hoping to get a free turn card with (like ace-high or bottom pair). Very rarely can a player who does this call two quick bets on the flop and the turn without drastic improvement to their hand.

How about when someone takes forever before a big bet on the river?

If a player takes a long time (especially time-banking) before shoving the river, run. They’re almost always nutted. Bluffers usually already have a plan to bluff and want to look strong by acting fast, so they are much less likely to timebank-bluff. They probably are trying to scare you with speed. So when someone does the opposite, be afraid. Be very, very afraid.

What about someone who generally calls quickly preflop?

If a player consistently and repeatedly calls raises quickly preflop, then they are usually a fish. Here’s why.

Live and online, players who call insta-call with their hands were probably never thinking about raising, and most likely don’t three-bet very often. It’s not a part of their thought process.

Skilled players would at least consider either reraising or folding hands like King-Ten suited. But for splashier, weaker players, it’s always a snap-call.

Pros play multiple tables. As a result, it will take longer for them to act. The more hands someone is playing online, the more likely they are playing only on at that table, and are recreational.

Action players like action. Have you ever seen a wild gambler take ages before every bet? No. Again, whether the casino is actual or virtual, people are people. Wild maniacs don’t have the patience — or desire — to balance their timing. Someone who acts fast craves excitement.

Timing tells are so valuable that I won’t even sit at an online poker table if all the players are taking their time and pausing. They’re probably a bunch of multi-tabling grinders. Plus, it’s aggravating.

If people are acting quickly, they’re most likely fun, splashy, action players looking to see a whole bunch of flops in case their cards hit. They’re all-in on that one game, which means I want to be all-in with them.