Online satellites give poker players the opportunity for a great return on investment, something 33-year-old Belgian Gerret Van Lancker experienced this past weekend. That is when he traveled to the UK with his wife and six-month-old daughter for the Unibet Open London £990 ($1,227) Main Event, a tournament he had qualified for via a €1 satellite on Unibet, a site that has been growing in recent years. 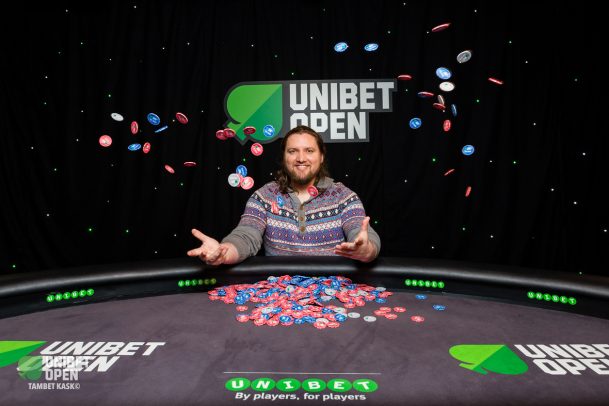 It was the ninth Unibet Open that Van Lancker had played, and not only did he make the money for the fourth time, he topped a field of 419 players to win it for £71,950 ($89,721). Van Lancker more than double his lifetime earnings with the score and surpassed his previous best of $32,329, which came when he finished third in last year’s Unibet Open Malta Main Event.

Battle of the Online Qualifiers

Van Lancker, who became just the second Belgian to take down a Unibet Open, got off to a good start early in the tournament when he busted reigning Unibet Open London champion and company Ambassador David Shallow.

Eventually, Van Lancker made it to heads-up play against Slovenia’s Dejan Govedic, who had also qualified for the tournament on Unibet, albeit for €10. Van Lancker held a more than 5:1 chip lead, and it didn’t take long for him to seal the deal.

The next Unibet Open will take place in Copenhagen from May 25-28, with satellites running on Unibet up until May 7.