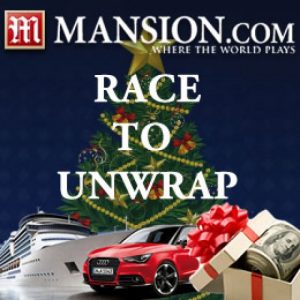 German online gambling laws are among the most restrictive in Europe, as the federal government does not license poker or casino sites or expressly allow them to operate there. The country has even clamped down on its own citizens playing on unlicensed sites.

That may be why several online casino sites are now leaving the German market, rather than attempting to continue to operate in a nation that is hostile to their products.

According to a recent email, several marketed brands will be leaving Germany at the start of February. The affected sites include Casino.com, MansionCasino.com, LesAcasino.com, Club777.com, and SlotsHeaven.com. All of the sites are powered by Playtech software.

“We regret to inform you that…a closure [is forthcoming] in the German market for all brands,” the email read. “Beginning February 1st 2015, registration will be blocked for all new players based in Germany for the…marketed brands.”

According to the email, players will still be able to open “Practice Mode” accounts. However, all real money accounts will be closed no later than January 30, 2015. It’s unclear if any poker players will be impacted by the move, as none of the sites mentioned offer poker alongside their casino game offerings.

No specific reason was given for the decision to exit the German market. Most likely, the decision was related to regulatory concerns: specifically, that Germany does not license poker and casino websites for operation in the country.

While a few companies were able to earn licenses in the state of Schleswig-Holstein in the brief period when they were offered, a court ruling last year said that those licenses are not valid in the rest of the country. The only Internet gambling activity approved by the German government is sports betting.

It’s possible that the decision to remove these sites from the German market could be related to a case that was decided earlier this month. That’s when the District Court of Munich determined that an unnamed 25-year-old German resident was guilty of illicit online gambling, the first known time that a German was convicted of the crime.

According to reports, the player in question won over €200,000 ($226,500) playing online blackjack in the summer of 2011. That led to a number of very large transfers to his bank account, followed by large withdrawals from that same account. The German Financial Services Authority became suspicious, which ultimately led to a raid on the player’s home: one that found €63,490 ($72,000) in a shoebox hidden in his attic.

The gambler attempted to defend himself by saying that he was unaware that online gambling was illegal in Germany (he cited the fact that Boris Becker and other celebrities helped promote Internet gambling sites, though the judge noted that these were always for authorized sports betting operations), and that European Union (EU) law meant that the site he played on, which had a UK operating license, was legal.

Ultimately, however, the judge ruled against him, finding that he had to repay not only the money found in the shoebox, but also an additional €2,100 ($2,380) fine. Some believe that this could be the first in a series of cases attacking illegal online gaming in Germany, a prospect that could have potentially scared these sites and others from staying in the market.